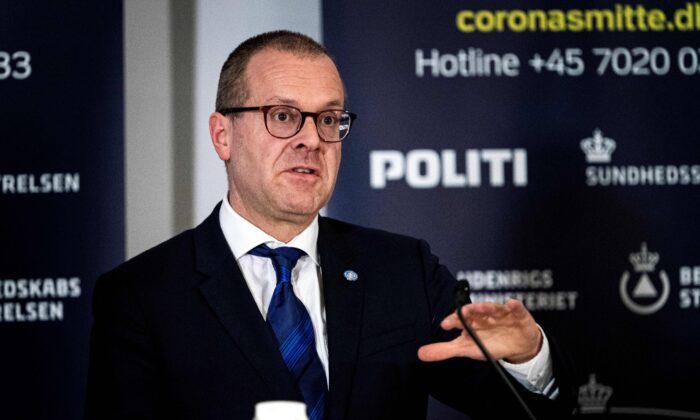 COVID-19 Vaccine Mandates Should Be ‘Absolute Last Resort’: WHO

Imposing COVID-19 vaccine mandates should be an “absolute last resort,” the World Health Organization’s top Europe official said on Tuesday, as a growing number of countries in Europe contemplate rolling out such measures.

“Mandates around vaccination are an absolute last resort and only applicable when all feasible options to improve vaccination uptake have been exhausted,” WHO Europe director Hans Kluge told a press briefing.

Kluge told reporters that “public confidence and public trust” in authorities and vaccination uptake must be taken into account before imposing vaccine requirements.

His remarks come shortly after Austria became the first country in Europe to make COVID-19 vaccinations mandatory, with the measure going into effect on Feb. 1 next year.

Neighboring countries are debating the move amid a surge in infections in the EU and concern over the newly detected coronavirus variant of concern called Omicron, which was reported by South Africa to the WHO in late November.

Germany’s incoming Chancellor Olaf Scholz has reportedly said he supports imposing vaccine mandates for all by February, according to POLITICO.

The European Union’s public health agency on Thursday said that within a few months, the new strain could be responsible for more than half of all COVID-19 infections in Europe.

“The problem now is Delta and however we succeed against Delta today is a win over Omicron tomorrow, before it eventually surges,” Kluge told reporters.

“How we can encourage and potentially think about mandatory vaccination within the European Union? This needs discussion,” she said. “This needs a common approach, but it is a discussion that I think has to be led.”

The decision to mandate vaccines is taken by individual countries, not at the EU level.

Dr. Catherine Smallwood, WHO Europe’s senior emergency officer, told Euronews that countries should roll out other measures to curb transmission of the virus before considering mandatory vaccines.

“When countries are having to resort to last-resort measures such as lockdowns or discriminatory interventions that really create distrust and apathy at the population level, then they have not used the tools that we have available to us in the appropriate manner,” Smallwood said.