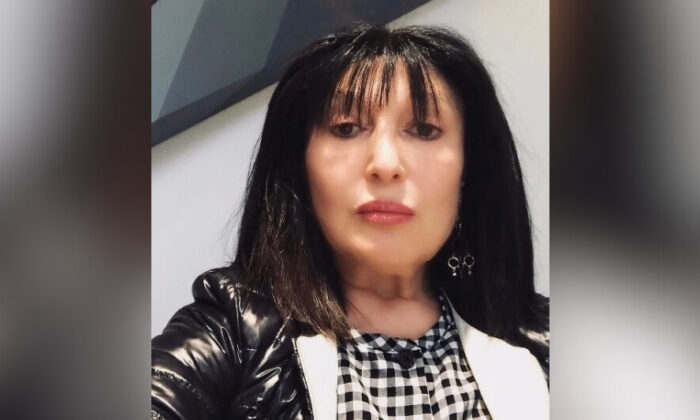 Alone, and fearing she would die without being able to raise a call for help, Osnat Gad was ready to try anything
By Catherine Yang
Print

Osnat Gad felt profoundly alone. Isolated at home with nothing for company but the rattling of her own breath, Gad realized that if she stopped breathing entirely, she wouldn’t even be able to call for help. There was no one who would know to call for her.

If she was to survive, she was going to have to do it alone. As weeks of illness dragged on, her frustration gave way to fury. She felt like she was never going to get better.

“I’m also a cancer survivor, I’ve had a heart condition, and I’ve had many flus, sicknesses. I have had operations,” said Gad, who lives on Long Island and suffered the symptoms of COVID-19 for more than a month. “This was not like that at all.”

In early March, everyone was talking about the CCP (Chinese Communist Party) virus, the novel coronavirus from the city of Wuhan in central China that causes the disease COVID-19. There was no talk of social distancing yet, but there was an uncertain buzz in the air surrounding the virus and what should be done.

Family members from Manhattan came to visit Gad, and they went on a hike. One week after the visit, Gad began to feel incredibly sick.

The first odd symptom she noticed was losing her sense of taste and smell. At the time, it wasn’t widely known that the CCP virus causes some to lose those senses while sick.

Two days later, she couldn’t even get out of bed. Gad had a feeling she’d contracted the virus.

The next day, feeling even worse, Gad called urgent care to explain her situation and asked whether it was safe for her to come in. Not knowing enough about the virus, she wasn’t sure if she would put others in danger by doing so. She was told to come in.

There, Gad tested negative for seasonal flus and was told to go home and self-quarantine for two weeks and take Tylenol every four hours. This was before her local hospital even had tests for COVID-19, though her doctor and nurses said her symptoms showed it was likely she had it. She was advised to stay home because even if she came to the hospital, it was unlikely they could do more to help.

Gad kept track of her oxygen levels and temperature, which stayed at normal levels. After a week, she thought she’d gotten better. Then one day, she got up to do laundry and was hit with a “second attack.”

“I couldn’t move,” Gad said. After a while, she pulled herself together and had a video conference with her doctor, who told Gad there were other COVID-19 patients who also had a second attack after a week of receding symptoms. The doctor again advised her to stay home and keep taking Tylenol.

But this bout was much worse than the first. “I couldn’t even breathe,” she said.

The days and weeks blurred together as mid-March became late-April. There were times she couldn’t move at all.

“The pain was excruciating,” Gad said. “The fear of not being able to breathe is tremendous, it’s a dreadful fear.”

She called friends for advice. Some advised breathing in steam. Nothing worked. Then one of her friends, Anna, said something in Chinese, and Gad’s head was so fuzzy she couldn’t hear or remember the explanation: “Falun Dafa Hao. Zhen Shan Ren Hao.” Anna told her to repeat the words.

What did Gad have to lose? She said the words, and felt oxygen reenter her system.

“I was very helplessly sick. I trusted that my friend Anna had my best interest in her heart. I know she cares for me and she wanted me to heal. Her passion and strength was the reason I started chanting [those words],” Gad said.

Gad said she was raised Orthodox Jewish and had said a lot of prayer in her life. There was this pressure to make sure she said the words very accurately as she had been taught to do so with Hebrew prayer. But when she said the words, it didn’t feel like worship but almost like self-help, she said. She wasn’t asking some higher power to rescue her, but rather trying to heal herself from the inside out.

“Well, what I learned is that the mantra is actually allowing you to breathe correctly. After each word, you must stop and catch your breath,” Gad said, demonstrating the words and how natural it was to breathe after each one. Gad said it was like these words taught her body how to breathe all over again, and the more she said them, the better she felt. She would start her mornings with the words, and say them before she fell asleep. The effect had been immediate, but she wanted to keep saying the words.

The words are made up of nine characters in Chinese that translate to “Falun Dafa is good. Truthfulness, compassion, and tolerance are good.”

“I have to be very thankful to Falun Dafa,” Gad said. “I can say it saved me. It taught me how to breathe.”

After what felt like a miracle, Gad had to know what exactly Falun Dafa was. She called Anna and has plans to research this spiritual practice more thoroughly. Traditional Chinese culture has a long history of “self-cultivation,” or practices of mind and body, and that’s why, Gad realized, she felt that saying those words like a mantra was a form of “self-help” and meditation. Adherents of Falun Dafa, a spiritual practice that was introduced to the public in China in the 1990s, believe in living by the principles of truthfulness, compassion, and tolerance to better themselves.

“[Saying this] completely changed my energy levels. I don’t know if it’s associated or not, I’m not a doctor, but I just know that this saved me, because I learned how to breathe by saying the mantra, do you know what I’m saying? It was amazing,” Gad said.

“[COVID-19] stayed with me more than a month, maybe six weeks. If I didn’t do the breathing, maybe I could not get well.”

Gad, early in her research into Falun Dafa, had called a local number to learn more, and she hopes to learn the practice’s slow-moving exercises and meditation.

“I’m reading about the inner strength we have within us, and it’s only up to us to use it by being good humans,” Gad said. “I hope I can study it deeply.”

Sarah Lu and Shiwen Rong contributed to this report.