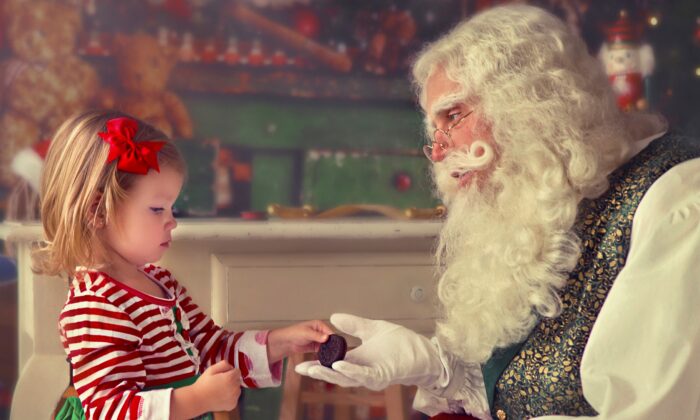 LOS ANGELES—With Christmas just a few days away, some children may have difficulty finding a Santa Claus to tell their gift wishes to, as some placement agencies report they’ve struggled to hire Santas this year.

The demand for Santas this year has increased 120 percent compared to the pre-pandemic days of 2019, while the number of Santa Clauses was down by 10 percent, according to Mitch Allen, founder and “Head Elf” at HireSanta.com, a Santa rental agency founded in 2012.

Allen suggested that the current high demand for Santa is primarily from retailers looking to drive in-store sales.

Personal events are also accounting for the surge in demand as families—some for the first time in two years—are again gathering for celebrations and want them to be as festive as possible.

The primary driver of Santa workforce reduction appears to be COVID-19.

According to Allen, 335 of his professionally trained Santas died this year, some due to COVID-19.

Additionally, he said, many Santa impersonators decided to skip their seasonal gig this year due to ongoing pandemic concerns. Others, he said, have just aged out—while new Santas have not come on board.

Due to the shortage, pay for Santas has increased by as much as 15 percent, and currently there are over 1,275 Santa jobs open across the industry, Allen told The Epoch Times.

Cherry Hill Programs—which coordinates holiday experiences worldwide—told The Epoch Times in an email that they anticipated “potential challenges” while strategizing their recruiting methods this year.

A spokesperson for the New Jersey-based company said they launched several campaigns this year to try to beef up their Santa ranks.

The organization was able to place Santas this year at many shopping centers located in the Los Angeles area, including at Santa Monica’s Place, Westfield Culver City, Del Amo Mall, and Lakewood Center as well as in Orange County at various locations such as Huntington Beach’s Pacific City, MainPlace Mall in Santa Ana, and The Shops at Mission Viejo.

Some others are having children connect with Santa via a video call.