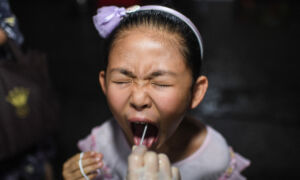 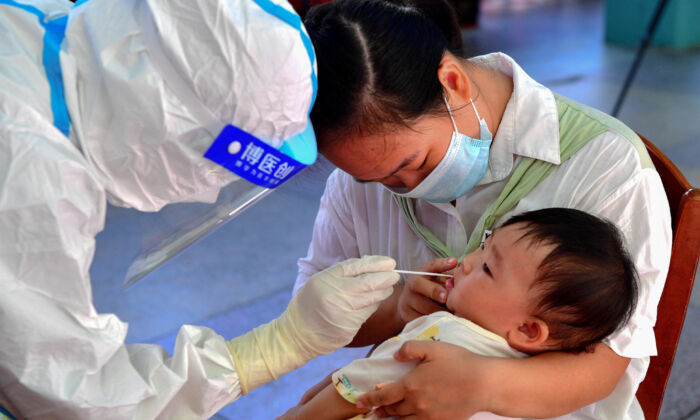 Hundreds of thousands of residents in a county of Fujian Province on China’s southeastern coast received orders to undergo nucleic acid testing as a fresh COVID-19 outbreak hit the region.

Fujian Province reported at least 102 new infections within three days, with 64 in Xinyou county, according to statements released by local authorities on Sept. 14. However, the Chinese regime didn’t count 21 asymptomatic cases as confirmed. The real counts are likely higher given the CCP has a record of underreporting the infected figures.

The outbreak, which has spread to another two coastal cities in Fujian Province, emerged from Xianyou county of Putian city. On Sept. 10, authorities confirmed that two brothers were infected with the CCP (Chinese Communist Party) virus, also known as novel coronavirus, in a county school’s routine test. The boys’ parents, a classmate, and his father tested positive for the virus.

“Students of that school [where the confirmed cases reported] have been sent to a hotel for quarantine,” local resident Ming Lan (pseudonym) told The Epoch Times on Sept. 11. Ming lives in the same community where the two pupils study, but she refused to disclose the name of the school.

Ming said the roads surrounding the school are closed. She added that her children, studying in another primary school in the town, are currently self-quarantined at home.

The county’s educational bureau confirmed to The Epoch Times on Tuesday that all educational institutions, including primary and middle schools, shut their doors. Students are now studying in online courses.

Meanwhile, authorities announced a new round of mass testing on Friday while suspending transportation and closing most stores.

A resident who works in a petrol station told a state-backed media outlet, The Paper, that a village official knocked on his door at 2 a.m. and ordered them to take the nucleic acid test.

All company and factory staff must receive a nucleic acid test before Sept. 13, according to the local authorities’ notice on Sept. 12. Authorities called on people to report anyone who hasn’t been tested to the police.

The local panel tasked with preventing and controlling the CCP virus ordered workers to stay at factory dormitories beginning Monday. They did not give a date for easing restrictions.

Xinyou, a county of over 905,000 residents, completed the first round of mass testing on Sept. 13, according to local government’s Tuesday press conference. Residents are undergoing the second round of testing.

“The health barcode of those refusing to have nucleic acid tests twice will see their barcode on red, and movement restricted,” according to a notice released by the local health authorities on Monday.

The Chinese regime had adopted color-based QR code systems based on big data and mobile technology to control people’s movement. The system assigns citizens three barcodes on mobile phones, including a health code, an itinerary code, and a vaccination code.

The colors of amber or red restrict people from leaving home, taking buses, trains, or planes, and entering supermarkets and restaurants.

A  local car shop staff member who gave his surname Liu told The Epoch Times that most people’s health barcodes turned amber, with only a few people showing green after Monday’s test.