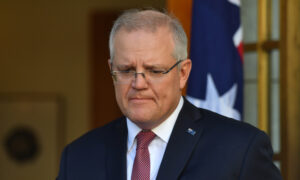 New York Gov. Warns CCP Virus Spread 'Could Start All Over Again' Amid Rise in Other US States
0 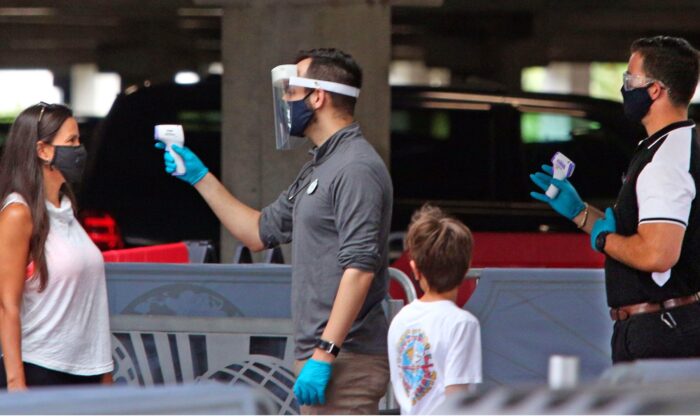 Visitors have their temperatures checked as they arrive at Universal Studios theme park on the first day of reopening after the shutdown during the CCP virus pandemic in Orlando, Florida, on June 5, 2020. (Gregg Newton/AFP/Getty Images)
AMERICA

Officials in Southern U.S. states are warning of a surge in young people testing positive for the CCP virus, with clusters linked to frat parties, bars, increased testing, and a lack of social distancing.

Lawmakers and health officials in Florida, Georgia, Mississippi, South Carolina, and Texas have reported a significant increase in people in their 20s and 30s testing positive for COVID-19.

Florida Gov. Ron DeSantis warned on June 19 that the majority of new positive cases—62 percent—were reported in people under 45 years old for the week of June 7, while the median age for a new diagnosis was 37 over the past week.

“That is a big change from where we were at the end of March and the beginning of April,” he said. “It was skewing much older at that time.”

A new forecast from the Institute for Health Metrics and Evaluation (IHME) at the University of Washington projected that Florida would be among the states hardest hit by CCP virus deaths, with an estimated 18,675 deaths, up 186 percent from a previous estimate of 6,559 on June 10.

On June 20, the state broke its single-day record for new diagnoses, with 4,049 new cases, with DeSantis noting that Florida was seeing positive cases “shifting in a radical direction” toward people aged in their 20s and 30s.

“We’re also seeing that not only are they testing positive because they’re testing more, they’re also testing positive at a higher rate increasingly over the last week,” he said, adding that evidence shows the virus is being transmitted between younger people.

South Carolina on June 20 also broke its single-day record for new diagnoses, with 1,155 new cases. Health officials have said more people under the age of 30 are starting to test positive for the CCP virus, with some 18 percent of positive cases reported in people aged between 21 and 30.

“The increases that we’re seeing serve as a warning that young adults and youth are not immune to COVID-19,” said Dr. Brannon Traxler, South Carolina’s Department of Health and Environmental Control consultant physician. “They also tell us that younger South Carolinians are not taking social distancing seriously.”

Meanwhile, Mississippi state officials said a number of cases had been linked to fraternity rush parties in Oxford, where the University of Mississippi is located. More than 80 percent of cases in the city have involved people aged between 18 and 24.

“Early information suggests that they’re violating the law in the number of people who are at these parties,” said Dr. Thomas Dobbs, the state’s health officer.

The surge in positive cases among young people came as top CDC official Dr. Robert Redfield said that the United States has the capability to handle a spike in CCP virus patients, noting that the country has reached a plateau in cases.

“We have learned a great deal about COVID-19 and, across the nation cases we are plateauing,” Dr. Robert Redfield wrote on Twitter on June 17. “There are still outbreaks, but we have a better capacity to handle them with early case identification, contact tracing, and isolation.”

So far, more than 2.2 million Americans have contracted the virus, and more than 120,000 have died, according to researchers with Baltimore’s Johns Hopkins University.