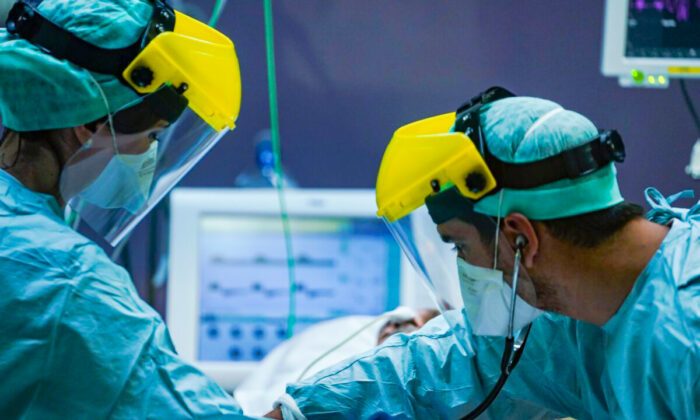 COVID-19 Health Emergency Extended Across US

Department of Health and Human Services Secretary Xavier Becerra officially renewed the emergency declaration. The order was extended to Oct. 13, 2022, “as a result of the continued consequences of the Coronavirus Disease 2019 pandemic,” Becerra said in the order.

The health emergency declaration—which allows some Americans to get free COVID-19 testing, vaccines, and treatment—was widely anticipated. Unnamed officials earlier this week told Bloomberg and other news outlets that the White House would extend the order.

“The Public Health Emergency declaration continues to provide us with tools and authorities needed to respond,” a Biden administration official told CNN this week. “The [order] provides essential capabilities and flexibilities to hospitals to better care for patients, particularly if we were to see a significant increase in hospitalizations in the coming weeks.”

Those reports prompted pushback, including from the Wall Street Journal’s editorial board, which accused the administration of wanting a “perpetual emergency” to maintain and expand its powers.

“The Biden Administration claims the declaration provides critical regulatory flexibility. But emergency-use authorizations for vaccines and treatments are governed by a separate statute. The Health and Human Services Department could also make permanent other regulation flexibility such as Medicare coverage for telehealth services,” the editorial board wrote.

Republicans have called on the Biden administration to end the emergency declaration.

“Today we call on your administration to do what so many states and other countries already have: accept that COVID-19 is endemic, recognize that current heavy-handed government interventions are doing more harm than good, and immediately begin the process by which we unwind the PHE so our country can get back to normal,” GOP members of Congress wrote in a letter in February.

And in March, the Senate passed a bill to terminate the national emergency by a 48 to 47 party-line vote, which Biden threatened to veto. The effort was backed by Republican lawmakers.

“The robust powers this emergency declaration provides the federal government are no longer necessary and Congress must debate, and ultimately repeal them, in order to begin the process of unwinding the powers the government took hold of during the peak of the crisis,” Sen. Roger Marshall (R-Kan.), who sponsored the measure, said on the Senate floor at the time.

Some health care groups such as the American Hospital Association, meanwhile, urged the administration two months ago to keep the emergency intact.

The administration previously said it would give states 60 days’ notice before ending the COVID-19 emergency declaration.

According to data provided by the Centers for Disease Control and Prevention (CDC), COVID-19-related deaths in the United States have remained steady, hovering between 300 and 350 per day. That’s down significantly from the Omicron variant-related peak in February 2022, where the U.S. reported 3,000 daily deaths on several occasions, the data show.