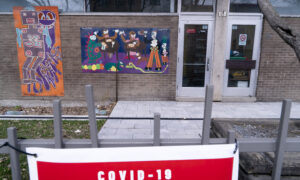 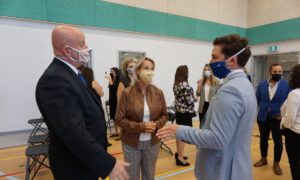 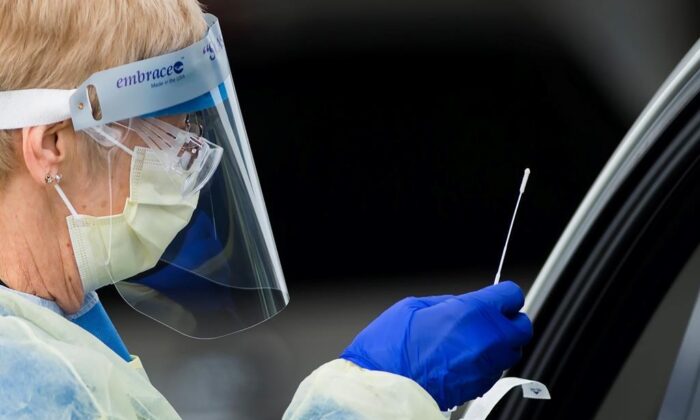 A health-care worker does testing at a drive-thru COVID-19 assessment centre at the Etobicoke General Hospital in Toronto, on April 21, 2020. (The Canadian Press/Nathan Denette)
Canada

MONTREAL—The COVID-19 pandemic appears to be gaining steam across Eastern Canada as Ontario and Quebec report a surge in infections.

Health authorities in Quebec reported 568 new COVID-19 cases today, a jump of more than 100 compared with Sunday, while Ontario’s numbers increased to 425 from 365 a day prior.

In Montreal, which saw over 200 new cases in the last 24 hours, regional Public Health Director Mylene Drouin says all COVID-19 indicators are worsening, suggesting the beginning of a second wave.

Quebec announced tighter restrictions on public and private indoor gatherings on Sunday as it raised the alert level for several regions of the province, including Montreal and Quebec City.

In Quebec and in Ontario, the jump in new cases is being driven by people under the age of 40, who Drouin says are less likely to get seriously ill from COVID-19 but who can still transmit the virus to others who are more vulnerable.

Authorities are reporting COVID-19 outbreaks across the country today, including in schools, workplaces and on the main campus of the University of Alberta, which prompted officials there to suspend varsity athletics for 14 days.