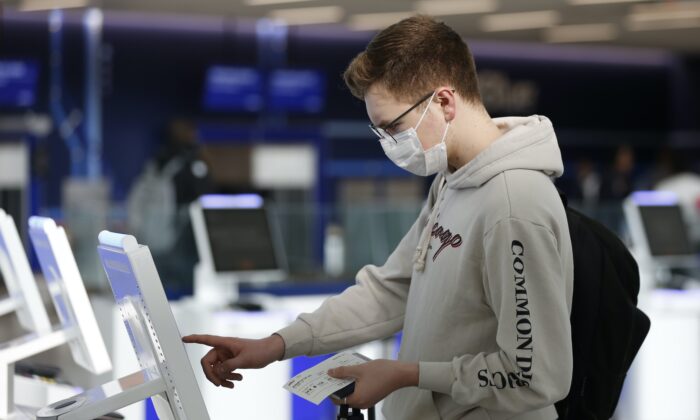 Americans must prepare for a second wave of COVID-19 to spread across the United States, a Centers for Disease Control and Prevention (CDC) director said on March 26, warning that the deadly virus could become seasonal.

“This virus is probably not going to go away once it stops its aggressive transmission in the United States, which I anticipate it will,” CDC Director Dr. Robert Redfield told KTAR News on March 26. “We’ll have to get prepared for when this virus may come back.”

Redfield said that respiratory viruses, like the CCP virus, commonly known as novel coronavirus, have a tendency to be seasonal.

“We don’t know for certain that this virus is going to follow the pattern of flu, but I think it’s a reasonable hypothesis to be prepared for, that this may in fact die out,” Redfield added. “Not to say that the war is over, but basically recognizing that we need to get even more prepared for the next wave.”

A tracking map published by Johns Hopkins University, which relies on official government data, shows that the United States has 156,931 confirmed CCP virus cases and 2,880 deaths.

Redfield told CNN in February he believes the CCP virus will be “with us beyond this season” and “beyond this year.”

“I think eventually the virus will find a foothold, and we will get community-based transmission,” he said at the time.

The U.S. government’s foremost infectious disease expert recently warned that the United States could experience more than 100,000 deaths and millions of infections as a result of the CCP virus pandemic.

“We’re going to have millions of cases,” he said, adding that he didn’t want to be held to that statement because the pandemic is “such a moving target.”

Experts have said that most people who suffer from COVID-19 have mild or moderate symptoms that don’t require hospitalizations or intensive care. The fatality rate is higher among elderly people and individuals with underlying health problems.

The pandemic has upended everyday life around the world, causing closures of businesses and schools as federal and state officials seek to enforce measures to curb the spread of the disease.

The White House on March 29 extended its guidelines for stopping the spread of the CCP virus to April 30.