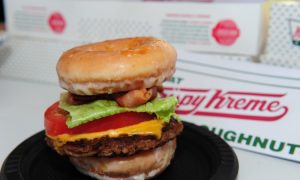 CNE Treats: Ridiculous, Delicious, or Both?
0 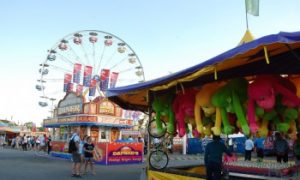 Entertainment and Art at the CNE
0 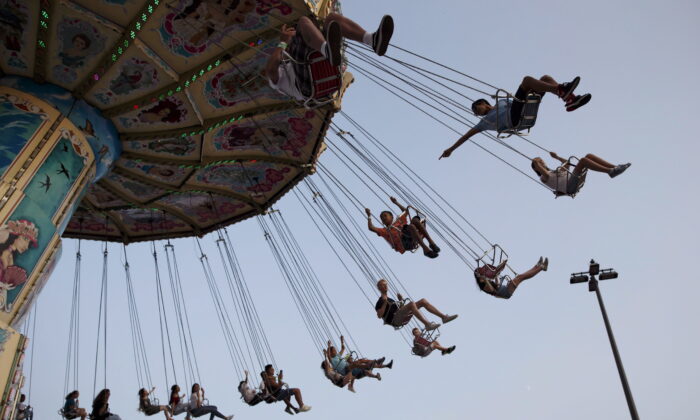 Children swing on a midway ride at the 140th annual Canadian National Exhibition in Toronto on August 19, 2018. (The Canadian Press/Cole Burston)
Canada

TORONTO—Two of Canada’s favourite summer hotspots are in for a ride as they try to keep their operations alive amid COVID-19.

The Canadian National Exhibition (CNE) and Pacific National Exhibition (PNE) say a summer without massive crowds revelling in deep-fried delights, live music, and other attractions due to COVID-19-related closures have resulted in millions in losses and serious concerns about the future of the events.

“The situation could become very dire if we are not able to hold [the CNE] in 2021,” said Darrell Brown, the executive director of the Toronto-based CNE.

“Any time you have an entity that relies on a few days in the year to generate most of its revenue, you’re susceptible obviously and the CNE is no exception.”

The 141-year-old event, Brown said, is in danger of a permanent closure because it has already incurred a $6-million loss from being closed this year and is expecting a 95-per-cent drop in projected revenue and $35 million in lost potential earnings.

In B.C., the PNE has seen a $52-million loss in year-round revenue. Even with aggressive cost-saving measures, they expect to see an overall loss of $11 million.

“We’re doing anything that we quite honestly can,” PNE chief executive Shelley Frost said.

The PNE has hosted distanced drivethrus for customers to grab food and see vintage cars or pups from the dog show.

Its Playland amusement park has opened, but COVID-19 prevention measures means it has limited capacity and not all rides in operation.

The PNE, a non-profit that is wholly-owned by the City of Vancouver, is particularly challenged because it doesn’t qualify for federal COVID programs like other Canadian fairs, she said.

“That would have been a difference of $3.5 million, which would have gone a really long way in terms of our lifeline into the next year,” she added.

The CNE has been able to tap into such programs and is in the process of securing a loan under the federal Business Credit Availability Program and seeking lease payment deferrals.

However, the loan will have to be repaid and alternate revenue sources found, and the risks won’t be erased because they will have no reserves.

If they pay off what they owe and source new revenue streams, they’ll also face depleted or no reserves for bad weather or worker strikes, which have impacted the CNE in the past.

“There’s lots of variables that we’re going to have to weigh on an ongoing basis as we move forward,” he said.

There’s also a lot at stake.

The 110-year-old PNE results in 9,500 jobs and delivers more than $200 million to the city and region in economic activity.

In Ontario, the CNE generates $128 million in economic activity for the province annually, employs about 5,000 event workers every year—about 21 percent of them with disabilities—and hosts between 1.4 million and 1.6 million people annually.

The event is making do this year by cutting back expenses by 85 percent and hosting free, online activities including a talent competition, gaming tournament and tutorials on how to busk or make CNE favourites like 99-cent spaghetti or rainbow grilled cheese.

Ontario Premier Doug Ford said Thursday that it is “critical” to help out the event.

If the federal government and city of Toronto assist, he said he is willing to contribute too, though he did not promise the CNE any specific relief.

“Old guys like myself remember going down to the CNE with $5 or $10 and you’d be down there all day. I never forget that you’d get that 25-cent spaghetti…the Double Bubble bubble gum and the food court,” he said.

“It was fun and we need to help it because it’s something that we can’t let go of.”