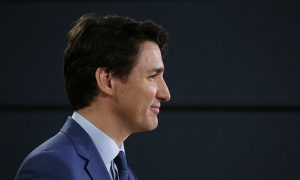 Trudeau Apologizes for Government's Past Mistreatment of Inuit With TB
0 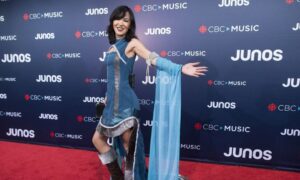 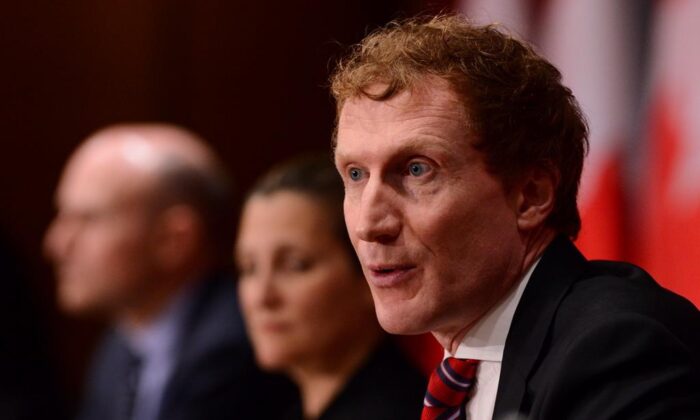 Minister of Indigenous Services Marc Miller joins fellow ministers and Government of Canada officials as they hold a news conference to provide an update on COVID-19 on Parliament Hill in Ottawa on April 30, 2020. (The Canadian Press/Sean Kilpatrick)
Canada

COVID-19 a Growing Threat to Inuit, First Nations as it Recedes Elsewhere

OTTAWA—The federal government will be under pressure today to explain what it’s doing to prevent COVID-19 from spreading like wildfire through First Nations reserves and remote Inuit communities in the North.

Their appearance comes one day after Nunavut identified its first positive case of COVID-19 in the 1,600-strong, largely Inuit community of Pond Inlet on Baffin Island.

First Nations reserves and remote communities are considered among the most vulnerable areas in the country, due to often over-crowded living conditions that make physical distancing next to impossible and the lack of ready access to health-care services.

Even as the infection rate appears to be slowing down in most of the country and provinces are taking the first cautious steps toward reopening their economies, chief public health officer Dr. Theresa Tam warned Thursday about the growing risk to Indigenous communities.

“I am also concerned about increasing numbers of COVID-19 in First Nations communities in several provinces,” she said.

“We must get ahead of things to protect and support these communities, ramping up testing and contact tracing to find where chains of transmission are occurring.”

As of April 29, Miller said there have been 129 COVID-19 cases in First Nations reserves and 16 confirmed cases in Nunavik’s Inuit communities.

As for Nunavut’s first case, Miller promised that the federal government “will be giving this our full attention to ensure appropriate contact tracing and maximum containment efforts are undertaken.”

The federal government has so far committed more than $690 million to pandemic preparedness and procurement of supplies and nursing services for Indigenous communities.

It has been heavily criticized, however, for largely ignoring the needs of Indigenous people living off reserve.

As the situation grows more worrisome for Indigenous communities, Prince Edward Island is poised today to become the second province to cautiously begin a gradual return to normal.

It will restart priority, non-urgent health-care services, including some elective surgeries and certain health providers, including physiotherapists, optometrists and chiropractors. And it will begin allowing outdoor gatherings and non-contact outdoor recreational activities of no more than five individuals from different households.

Saskatchewan, Alberta and Manitoba are planning to ease some restrictions starting on Monday.

The federal government, in collaboration with the provinces and territories, unveiled earlier this week national guidelines for re-opening shuttered businesses and allowing Canadians to resume more normal activities.

During a conference call late Thursday, premiers “reaffirmed their commitment to the joint statement on the shared public health approach to support restarting the economy,” Prime Minister Justin Trudeau’s office said a statement summarizing the call.

“They spoke about the plans they are putting forward in each of their respective jurisdictions to restart the economy. First ministers acknowledged the importance of doing this through a gradual and phased approach, based on the advice of public health experts.”