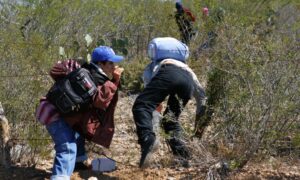 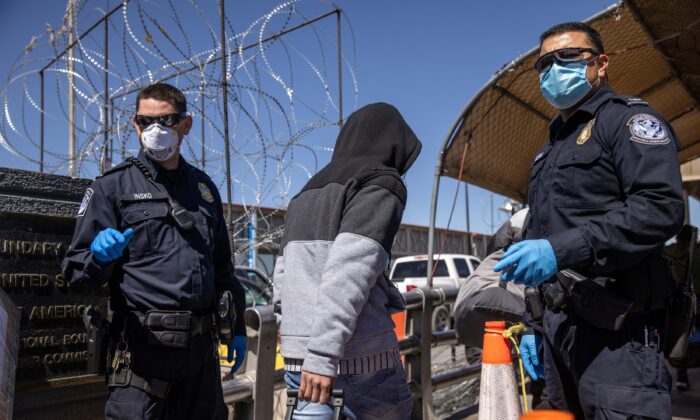 The Biden administration in a new court filing says it should not be forced to resume a policy that forces some asylum seekers to wait in Mexico while their claims are decided.

It would be “nearly impossible” to revive the program, which was launched in the Trump era, in the time period given by a federal judge last week, David Shahoulian, assistant secretary for border security and immigration at the Department of Homeland Security (DHS), said in a filing.

U.S. District Judge Matthew Kacsmaryk, a Trump appointee, said on Aug. 13 that the Biden administration’s annulment of the program on June 1 violated federal law because Homeland Security Secretary Alejandro Mayorkas did not consider some of its primary benefits.

Kacsmaryk, in an order stayed for seven days, said the U.S. government must enforce the policy, formally known as the Migrant Policy Protocols, until it is lawfully rescinded in compliance with federal law, and until the government “has sufficient capacity to detain all aliens subject to mandatory detention … without releasing any aliens because of a lack of detention resources.”

That would force the DHS to implement the program “in perpetuity” because the United States never had, nor could, detain all illegal immigrants, Shahoulian responded.

Remain in Mexico relied on the Mexican government agreeing to take back some asylum seekers, who would then wait near the U.S.–Mexico border while their claims were processed by U.S. judges. Re-implementing it would take “significant coordination with, and cooperation from, the government of Mexico,” Shahoulian added, noting that the asylum seekers could under the program apply for work authorization and social services.

There would also be immense work on the U.S. side, including re-erecting specialized immigration court hearing facilities along with the southwest border.

“All of this work would require significant time, resources, and personnel—particularly given the current COVID-19 environment—including resources and personnel that cannot be reallocated without affecting other departmental missions. None of this is possible to do within seven days,” he said.

The government filing also included a declaration from Daniel Weiss, an immigration judge, and Ricardo Zuniga, a Department of State official, arguing against the judge’s order. Weiss said re-implementing the program would cause “great disruption” to court schedules. A backlog of over 1.3 million pending cases already exists.

Zuniga noted that one of the Biden administration’s first actions was to process people who had been made to wait in Mexico during the Trump administration. He said the government being forced to revive Remain in Mexico would “undermine current U.S. foreign policy” and be “extremely problematic for Mexico.”

The government asked the judge to rule on the emergency motion to stay the order pending appeal by 5 p.m. on Tuesday.