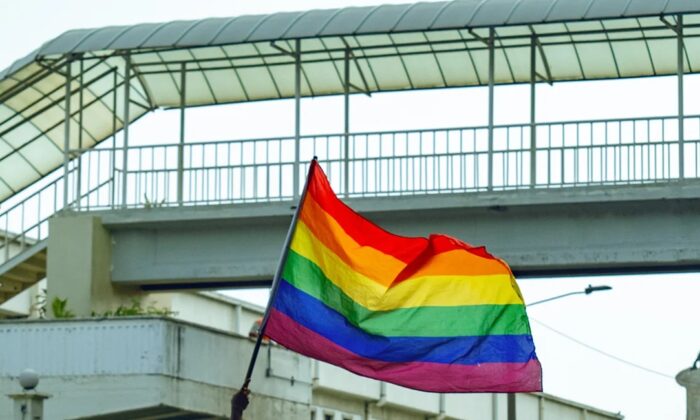 A recent court decision ruled that a male identifying as a female, named Kesha Williams, who was imprisoned in Fairfax County, Virginia, should be housed with female inmates, even though he retains male body parts. (Mario De Moya F/Getty Images)
Viewpoints 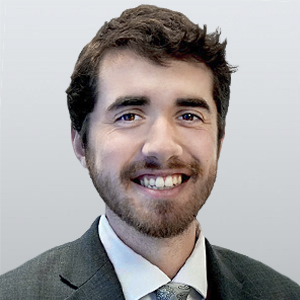 In a split decision on Aug. 16, a three-judge panel of the 4th Circuit Court of Appeals ruled that “gender dysphoria” is a protected class under the Americans with Disabilities Act (ADA). The court ruled that a male identifying as a female, named Kesha Williams, who was imprisoned in Fairfax County, Virginia, should be housed with the female inmates, even though he retains male body parts.

Although the majority opinion spans 35 pages, the verdict seems inevitable after the first sentence, which called the complainant “a transgender woman with gender dysphoria.” While the whole dispute is over whether a person should be housed in the male prison or female prison, such a biased presentation of the facts tips the court’s hand. As might be expected from this mistaken beginning, the entire opinion emphasizes the wrong points at every turn—including consistently using feminine pronouns for the biological male.

The opinion devotes considerable space to whether a person with gender dysphoria can even raise a claim under the ADA, and it’s quickly apparent why. Among the conditions excluded from ADA privileges are “gender identity disorders not resulting from physical impairments.” For 15 years, Williams has taken hormone treatments for “gender dysphoria,” which the court defines as “discomfort or distress that is caused by a discrepancy between a person’s gender identity and that person’s sex assigned at birth.”

The majority devoted about half the opinion explaining, unpersuasively, that “gender dysphoria” wasn’t excluded under “gender identity disorders.” A close parallel to their logic would be that trucks aren’t sedans, and, therefore, a “no cars allowed” sign doesn’t apply to them.

The rest of the opinion is devoted to reframing the action of prison officials, who were just doing their jobs, in the worst possible light, given the court’s reality-free perspective of the facts. Although initially assigned quarters with the female inmates, Williams was reassigned to the male side of the prison when a female prison nurse learned he had male body parts.

The decision condemns the nurse for this and for failing to deliver Williams’s female hormone treatments promptly. “Deputies also required [Williams] to give up the women’s clothing [he] had previously received and to wear men’s clothing,” they write (original incorrectly uses feminine pronouns). Gasp—how horrible!

In the male unit, Williams claimed he was “harassed” by other inmates and by deputies. But the only specific examples of harassment cited by the court included the use of respectful but masculine titles, such as “mister,” “sir,” and “gentleman.” Deputies also refused his requests to have a female officer conduct body searches—you know, because he has a male body—a request that would have potentially traumatized the female deputy.

On one occasion, a male deputy, whom Williams named in the suit, attempted to perform a body search on the uncooperative Williams. He is quoted in the opinion as saying, “Sir, you are a male, and I need to search you.” If Williams were actually a female, such a remark and search would be understandably violative. But since he’s a male, in a male prison, it’s hard to see how the deputy could have said anything different.

The opinion also held that Sheriff Stacey Kincaid had committed “gross negligence” for allowing her deputies to perform these gross violations (or routine activities, if you believe in reality). It reversed the lower court’s decision (which had dismissed the complaint) and remanded the decision back to the lower court.

The U.S. Court of Appeals for the 4th Circuit has jurisdiction over Maryland, North Carolina, South Carolina, Virginia, and West Virginia. Far from being known for conservatism, it was one of four circuit courts that pioneered striking down state marriage laws, even before the Supreme Court’s Obergefell decision. The Supreme Court is unlikely to consider the case unless there’s a circuit split.

The decision represents a gross miscarriage of justice, based upon the majority’s refusal to consider the issue from any point of view except the fantasy one invented by Williams. The dissenting opinion points this out, noting that allowing Williams to be housed with female inmates and searched by female guards “[creates] a separate set of concerns and safety issues.” The opinion adds, “Sheriff Kincaid’s responsibilities extend not just to transgender inmates but to all inmates and prison employees.”

Indeed, transferring males who identify as females to female-only prison units isn’t a victimless policy decision. Female inmates at prisons in California, New York, and Washington have suffered sexual assault and rape from men pretending to be women. The policy question at issue is, should we upend the order of our penal system and subject women to violence to coddle the fantasies of a slim minority? Unless the answer is yes, then the 4th Circuit’s decision on Aug. 16 was wrong.

Originally published by The Washington Stand, reposted by permission from The Daily Signal, a publication of The Heritage Foundation.

Joshua Arnold
Follow
Joshua Arnold is a staff writer at The Washington Stand, contributing both news and commentary from a biblical worldview.