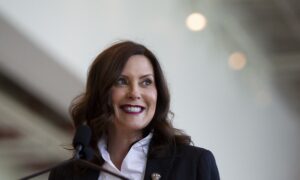 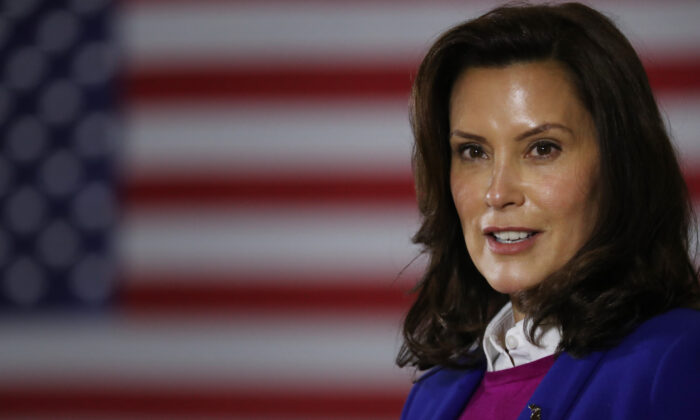 A Michigan court ruled that several recall efforts against Gov. Gretchen Whitmer can proceed after the governor had argued that they were not appropriate.

The Michigan Court of Appeals on May 27 ruled (pdf) that the state’s “Board of State Canvassers correctly approved” several petitions that were “at issue.”

Whitmer and Lt. Gov. Garlin Gilchrist, both Democrats, had challenged the recall petitions. They were initiated over Whitmer’s executive orders that were issued during the CCP (Chinese Communist Party) virus pandemic.

The court affirmed that six petitions that were being challenged by the state’s executive branch could go ahead, but it remanded one due to an error and said it may be corrected.

According to the order, the court made a reference to an argument made by Whitmer’s counsel saying that one of the COVID-19-related recall petitions lacks “clarity because it uses ambiguous and undefined terms, particularly with its reference to ‘bars.'”

“The Governor argues that the word ‘bars’ is ambiguous because dictionaries define the term not only as an establishment that sells alcoholic beverages, but also as a counter at which food or beverages are served, or a shop that sells nonalcoholic beverages, such as coffee,” the court said. It added later that “we reject this argument” and noted that “any person invited to sign the petition would very likely envision a reference to a conventional tavern, where people can purchase and consume alcoholic beverages, when faced with the wording, ‘closing indoor service at bars.’”

A Whitmer campaign spokesman, Mark Fisk, told MLive that the governor plans to file an appeal.

“We plan to appeal this disappointing decision, and we fully intend to beat back these irresponsible partisan attacks against the governor in the courts, on the streets, or at the ballot. This is part of a massive and coordinated attack by Republicans trying to make the governor fail, and our campaign will strenuously oppose these efforts so the governor can keep saving lives, reopening our economy and creating jobs,” Fisk told MLive.

In recent days, Whitmer has courted controversy after she and her staff members allegedly violated COVID-19 orders. Whitmer was photographed at a bar in East Lansing in mid-May while not wearing a mask amid a group of people, which would violate the state’s Department of Health and Human Services May 15 order that forces 6-feet social distancing.

Whitmer apologized for the incident, and the state has since rescinded the health order.