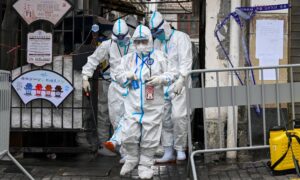 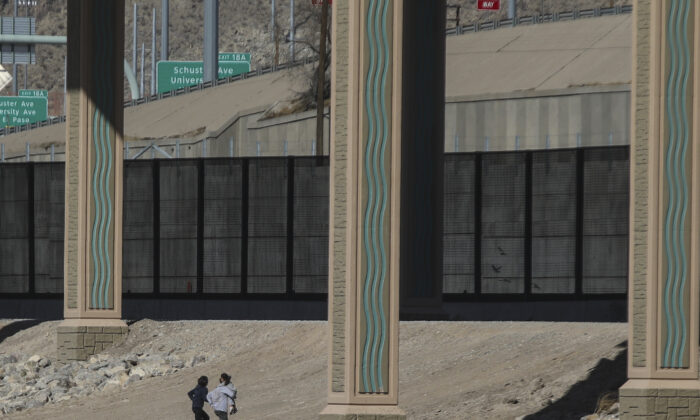 A federal appeals court on Friday blocked a ruling that prevented U.S. border agents from removing illegal immigrants under the age of 18 who travel without an adult to the country.

A three-judge panel on the U.S. Court of Appeals for the District of Columbia Circuit stayed a lower court ruling as the case is adjudicated. The panel consisted of Judges Gregory Katsas, Neomi Rao, and Justin Walker, all Trump nominees.

The stay was requested by the Trump administration last year after District Judge Emmet Sullivan, a Clinton appointee, said officials were “not acting within the bounds set by Congress” when they suspended the entry of people from Canada and Mexico, regardless of their country of origin, into the United States.

The Centers for Disease Control and Prevention at the time cited the COVID-19 pandemic. Then-Director Robert Redfield said the order was “necessary to continue to protect the public health from an increase in the serious danger of the introduction” of COVID-19, the disease caused by the CCP (Chinese Communist Party) virus. He cited the Public Health Service Act as legal justification for the order.

The policy has led to the expulsion of over 300,000 migrants as of December, according to federal data.

A 16-year-old boy from Guatemala who lawyers say fled to the United States to reunite with his father is the plaintiff. He was detained around the border in Texas and was slated to be expelled from the country.

Lawyers said the government should have given shelter to the boy and ultimately released him to his father or another “suitable sponsor” in America as he awaited a hearing to determine whether he was allowed to stay in the United States.

Stephen Miller, a former immigration adviser to former President Donald Trump, said in a tweet that the ruling “will put coyotes out of business & save lives on both sides of the border — as long as @POTUS follows the science and implements CDC’s order.”

American Civil Liberties Union lawyer Lee Gelernt said in a statement that the group “will continue to litigate this case on behalf of these vulnerable unaccompanied children, who are in need of protection and legally entitled to apply for asylum.”

“But we hope the Biden administration will not make ongoing litigation necessary by rescinding this illegal policy created by the Trump administration,” he added.