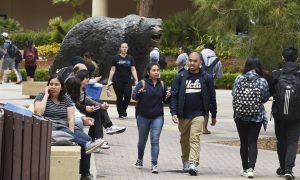 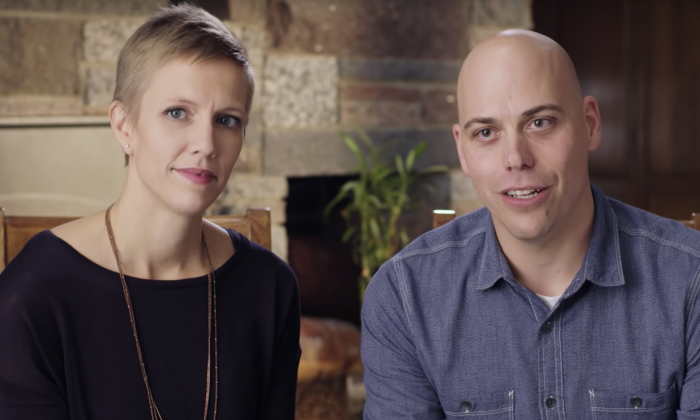 The 8th Circuit Court of Appeals halted the expanding reach of nondiscrimination laws last week by ruling that Christian videographers in Minnesota who believe in traditional marriage can’t be compelled under the state’s aggressive human rights law to produce videos of same-sex weddings.

In Telescope Media Group v. Lucero, decided Aug. 23, a three-judge panel of the appeals court found, on appeal from the U.S. District Court in Minneapolis, that “even antidiscrimination laws, as critically important as they are, must yield to the Constitution.”

To force Carl and Angel Larsen, a married couple with eight children, to film a ceremony that goes against their conscience would be to unconstitutionally force speech upon them, according to the majority opinion written by Judge David Stras, an appointee of President Donald Trump, and concurred in by Judge Bobbie E. Shepherd, an appointee of former President George W. Bush.

Attorneys for Minnesota argued that the Minnesota Human Rights Act, violations of which may be punished with fines or imprisonment, required not only that the Larsens produce both “opposite-sex- and same-sex-wedding videos, or none at all,” but that such videos must place both kinds of weddings “in an equally ‘positive’ light.”

According to Minnesota, failing to do so constitutes unlawful discrimination against prospective customers based on their sexual orientation, Stras wrote.

The Larsens view marriage as a “sacrificial covenant between one man and one woman,” Stras wrote for the court. The couple works with all people, “regardless of their race, sexual orientation, sex, religious beliefs, or any other classification,” but will not accept requests for services that contradict their religious beliefs.

This includes any services that, in their view, “contradict biblical truth; promote sexual immorality; support the destruction of unborn children; promote racism or racial division; incite violence; degrade women; or promote any conception of marriage other than as a lifelong institution between one man and one woman.”

In the words of the Larsens, the videos they shoot “capture the background stories of the couples’ love leading to commitment, the [couples’] joy[,] … the sacredness of their sacrificial vows at the altar, and even the following chapters of the couples’ lives.” The husband-and-wife team believes that the videos, which they post and share online, will give them access to “a broader audience to achieve maximum cultural impact” and “affect the cultural narrative regarding marriage.”

One member of the three-judge panel dissented from the majority opinion.

Judge Jane L. Kelly, an appointee of President Barack Obama, argued that allowing the Larsens to do as they please would “disturb bedrock principles of law” and is a slippery slope that would lead to future outrages.

“And what may start in the wedding business—‘we don’t do interracial weddings,’ ‘we don’t film Jewish ceremonies,’ and so on—likely will not end there. Nothing stops a business owner from using today’s decision to justify new forms of discrimination tomorrow. In this country’s long and difficult journey to combat all forms of discrimination, the court’s ruling represents a major step backward.”

The Alliance Defending Freedom, a Christian legal interest group based in Scottsdale, Arizona, represented the Larsens in the case. ADF was created to defend religious liberty from “the American Civil Liberties Union (ACLU) and its allies[, which have] used the courts to drive out public expressions of faith and to radically change America into something the Founding Fathers never intended,” the group states on its website.

The alliance celebrated its clients’ victory in court, saying their “lives are defined by a commitment to diversity—a commitment born out of their faith” and that in their business they “serve everyone.”

Their legal victory is important because “if the government can force the Larsens to express messages that violate their beliefs, what’s to stop it from forcing you to violate your beliefs? On the other hand, if the Larsens are free to live and work according to their beliefs, that guarantees your freedom to do the same.”

At National Review, David French praised the court decision, saying that contrary to “the argument that much of the legal Left has been making for years” in various legal proceedings, the Larsens weren’t religious special pleaders asking “to be exempt from the fair and just rules that govern the rest of us.”

“The First Amendment is part of our nation’s governing document, and it recognizes the unalienable rights possessed by all Americans—not just people of faith,” he wrote. “State and local regulators are engaged in special pleading. They’re seeking carve-outs from the supreme law of the land.”