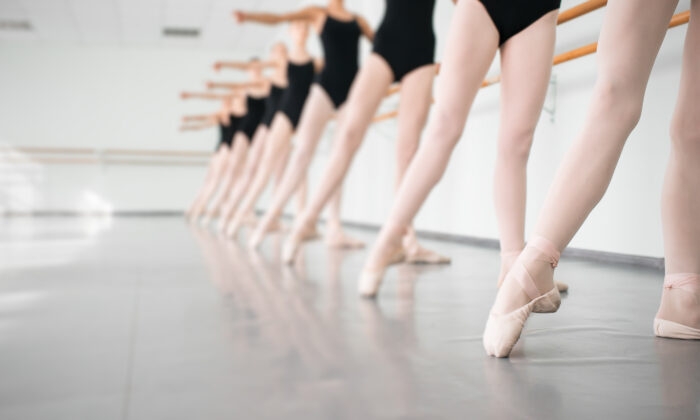 The Royal Winnipeg Ballet has agreed to pay $10 million on behalf of itself and Bruce Monk in exchange for a dismissal of claims against the two. (ShutterStock)
Canada

WINNIPEG—The Royal Winnipeg Ballet is apologizing to students on the same day a court approved a $10-million settlement in a class-action lawsuit over allegations a former teacher and photographer took intimate photos and released them without consent.

The dance company has posted on its website a one-page apology, which was a term of the settlement agreement.

In the post, the organization acknowledges that the photography sessions were traumatizing for many students.

The lawsuit alleged Bruce Monk took nude, semi-nude and intimate photos of students, some of which he published, sold and disseminated online.

The action was brought on behalf of students who attended the ballet school between 1984 and 2015 and were alleged to have been photographed by Monk in a private setting.

The lawsuit did not allege Monk’s conduct was criminal and none of the allegations have been proven in court.

The school says it’s sorry it failed to provide a safe and supportive environment for its former students.

“The Royal Winnipeg ballet is deeply sorry and regrets that the class members, all of whom were talented and vulnerable young people, were not protected as they should have been,” it says in the apology posted Friday.

In a separate statement, the ballet company said the Ontario Superior Court of Justice had approved the settlement.

“We offer a heartfelt apology to all the victims and those that have been impacted,” he said in the statement.

“I commend former students for their bravery and courage in coming forward and telling their story, and I want them to know that we are 100 percent committed to fostering training, working, and living environments that are safe and positive, and where every person feels valued and supported.”

Toronto-based law firm Waddell Phillips said the lawsuit alleged Monk distributed the photos without the students’ consent and used his position of trust and power to invade the privacy of students.

The company dismissed Monk in 2015 after the allegations came to light.

The settlement includes a one-time payment of $1,000 for health services to any eligible student and a total payment of up to $2,500 for family members affected by a student’s trauma. The balance is to be paid to the students based upon the severity of harm done.

Claims will be open for 12 months.