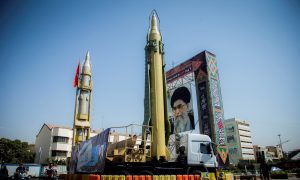 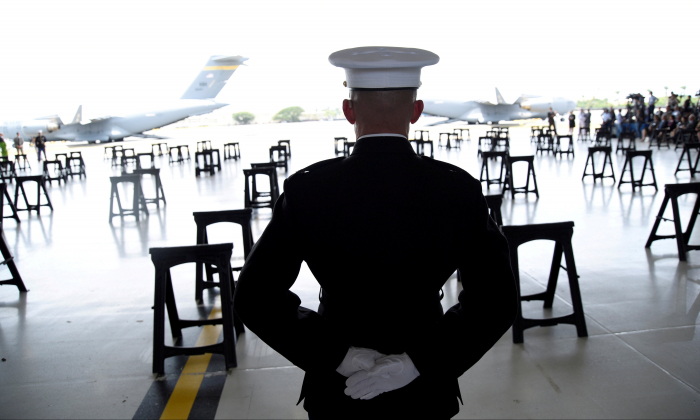 Couple Pays $5 for American Flag, Finds out It Belongs to a Fallen Marine

A tribute flag that was made for a slain U.S. Marine was discovered by a Texas couple at a flea market.

Lanie and Walter Brown purchased the flag for $5 after discovering it at the Hemphill market about 170 miles northeast of Houston, KHOU reported.

The flag had about two-dozen messages scrawled on it for Lance Cpl. Fred Maciel, who died in Iraq during a helicopter crash in 2005.

Other Marines had written messages on the flag for the Marine, who was 20 years old when he died.

“We’ll always remember the sacrifice you made,” one message said. Another read, “Thank you for being who you were … Rest in peace.”

“Hey CHEEKS, wherever you are, make sure you watch over us,” another wrote, referring to his nickname. “Fred, you were a good Marine and we will always remember you,” someone had written.

Lanie and Walter Brown presented the flag to Maciel’s family during a ceremony at his gravesite in Humble, Texas.

“Patsy, our family feels so honored to have been chosen to find this flag. … Thank you for sharing this piece of your boy with us,”  Lanie told Patsy Maciel, the Marine’s mother, according to the Express-News.

“It’ll be with me till I die,” his mother said of the tribute flag.

She said his official flag was given to her, but she never received is tribute flag.

Maciel noted that her son was an athletic boy who played basketball, football and baseball. Before his graduation, he enlisted and told his mother he’d joined the Marines,

“His dream was to be a Marine, and I had to let him do that. I’m proud of him, that he died doing what he loved,” she was quoted as saying.

When she got the flag, Maciel told Today.com that a bit of divine intervention played a role in finding the flag. Lanie Brown agreed with her statement, saying that her husband hates flea markets.

“If it’s not Home Depot or Collectors Firearms, he doesn’t stop and shop,” she recalled.

“The first room we walked into had a stack of American flags,” she said. “My husband starts going through them and he says, ‘Lanie, come here. Look at this one. It’s got writing on it.’”

Fred Yahne, the man who owns the flea market, said he was unaware of the flag’s significance.

“I didn’t know what it was when I was processing the boxes. I really wanted to see what it was,” he told news outlets.