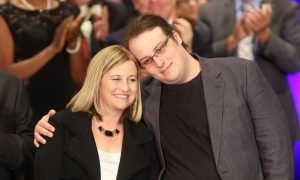 Nashville Mayor Hopes to Save Other Families With Addiction, Opens up for First Time on Son's Overdose
0

A Year in Hope: How Viral Photo of Mom Overdosing Led to Recovery
0 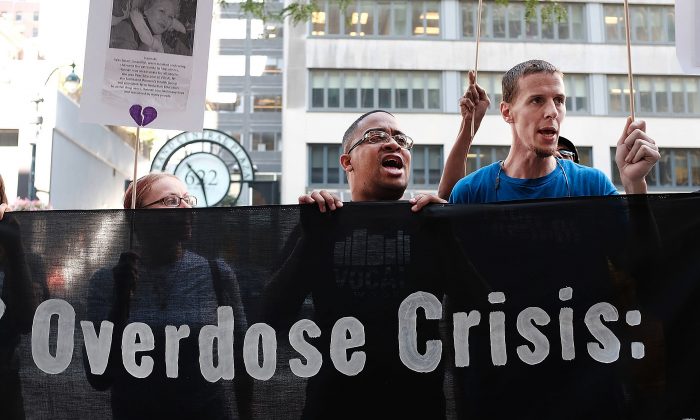 A man and woman from Sumiton, Alabama, got doubly lucky on Wednesday, Dec. 20.

Not only did they survive overdosing on heroin—they didn’t kill or injure anyone while careening around a Walmart parking lot in reverse, while totally unconscious.

Luckiest of all was their 4-year-old child, who was in the back seat the whole time. The child was not injured—and the parents will hopefully get treatment. In the meantime, the child is in the hands of the Department of Human Resources.

Police had to block the car with a police cruiser to get it to stop.

The two adults were identified as Allen Murray and Krystal Bland. Both received medical treatment, and both face multiple charges.

Much of the incident was captured on video. Cynthia Ward caught the action on her cellphone and posted it on Facebook.

The car can be seen rolling in reverse in ever-growing circles. “It was getting closer and closer to the store the whole time,” Ward explained.

The video shows volunteers trying to stop the vehicle, but failing because the car’s doors were locked.

Ward said she posted the video to highlight the growing problem of opiate addiction spreading across the nation.

“It worried me, it scared me, to see it at a local grocery store,” Ward told CBS News.  “That’s very worrisome for people to be in a parking lot like that with their child.”

“I just want people to be aware of how prevalent this drug problem in our community is becoming, Ward said.”

“I just hope and pray that these people can get their lives right and try to see that there is more to life than things like this,” she concluded.

Bizarre as this incident might seem, it is not, sadly, unique.

Officer Kevin Thompson from East Liverpool, Ohio, found a couple passed out on the side of the road with a 4-year-old child in the back seat, on Sept. 7, 2016.

When police investigated, they found that both parents had nearly passed out from heroin use.

The East Liverpool police published photos of the passed-out couple and child, hoping to shock people into realizing that opiate addiction is growing quickly and widely in the United States and it isn’t confined to inner cities and slums.

In fact, opiate addiction is spreading widely through the working and middle classes in every state in the nation.

The suspects are identified as 50-year-old Rhonda L. Pasek and 47-year-old James Lee Acord. Police saw their Ford Explorer weaving down the road. When police caught up to the vehicle, it had stopped and one adult passenger was comatose, and the other barely responsive.

Moments later, the driver passed out, while the passenger began “turning blue,” the officer reported.

Paramedics administered naloxone (Narcan,) an opiate-reversal drug, and were able to save both adults’ lives.

The child in the back seat was awake, and uninjured—physically.

Passed Out at a Pizzeria

A similar incident happened on Staten Island, New York, in February of this year, when police found 24-year-old Katelyn Cox passed out in her Hyundai Sonata outside a pizzeria—with her 3-month-old son crying in the back seat.

Police told the New York Post that when they reached the car they saw that Cox was turning blue. They administered a dose or Narcan, then a second, before Cox regained consciousness. She and her child were taken to Staten Island University Hospital South. Her child was then turned over to the Children’s Services Administration.

Cox was later charged with acting in a manner injurious to a child, reckless endangerment, operating a motor vehicle impaired by drugs, and refusing to take a breath test.

On Oct. 27 of this year police on Long Island, New York, arrested a man who overdosed in his car while his 7-year-old daughter looked on, the Daily News reported.

When police arrived, they found Sean Daly, 49, passed out in the driver’s seat of his 2018 Nissan pickup, with the engine running. In the passenger seat sat a 40-year-old woman.

Daly’s 7-year-old daughter sat in the back.

According to the Daily News it took three doses of Narcan to revive Daly.

Daly was charged with intoxicated driving under Leandra’s Law for having a minor in the car. He is also charged with driving without a license.