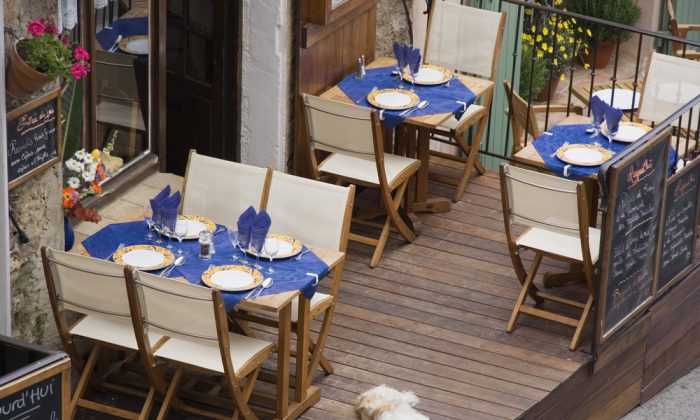 Couple Gets Bad Service at Restaurant, Leaves Message and Tip for Waiter

After an Iowa couple received bad service at a restaurant, they had an unexpected response.

The couple had dined at a sushi restaurant in Cedar Rapids. They waited 20 minutes for a waiter and 40 minutes for an appetizer before waiting an additional hour for their entrees.

While most people wouldn’t leave a tip or would tip a small amount, Makenzie and Steven Schultz left their server $100.

“We’ve both been in your shoes. Paying it forward,” they wrote.

Makenzie posted a photo of the receipt on Facebook, generating hundreds of thousands of likes and references in Eater.com and Today.com.

The couple had actually met while working as servers in a restaurant eight years prior to the viral incident. They wanted to leave a tip and note to show that they understand what it’s like to be a server.

“No matter how much you apologize to tables, there are going to be people rolling their eyes,” Makenzie told Today.com, referring to when nothing goes as planned as a waiter. “Throughout the dinner we were like, ‘We’ve been in his position.'”

They realized that the server “probably isn’t going to get tips” if they left a negative review or blasted the restaurant and server on social media.

Instead, she wrote a note and left a tip that he probably didn’t expect.

“This definitely was not the largest tip there ever was,” she added. “We thought it could make his night a little bit easier.”

Later, local paper The Gazette identified the server as Kyle Hanson. “It was pretty stressful, but I mean what are your options? You can either freak out or just do what needs to be done,” Hanson said.

Hanson thanked the couple after their tip and note.

“That was super unexpected and really nice. I mean, it caught me off guard. I expected — I wasn’t expecting that. A little misty, I guess. I don’t know, it was a very good ending to a really stressful night,” Hanson told the news outlet.

Meanwhile, after the Facebook post was liked by more than 1 million users, Mackenzie said she’s received numerous messages, saying many were inspired by their kind act to a stranger.

“When I decided to post it on Facebook, it was more so, not about the dollar amount, but just about — If we could all just take a step back when we are in these types of circumstance and just realize that we could grace the world with a little bit more kindness and generosity and patience. The world would be such a beautiful place if we could all just do that,” she said.

Meanwhile, a couple in North Carolina accused a waitress of forging her tip after they decided not to leave her one, raising awareness about what may be a common practice.

Gerald Lester was eating dinner with his wife and mother-in-law at Blue Asia in Wilmington, N.C., according to WECT-TV.

“It was $67 for the total, and in the tip, I had put zero because I was going to leave her a cash tip,” Gerald Lester told the station.

He said that he was going to leave her cash, but he then reconsidered because the service was poor.

“I was speaking to my wife and my mother-in-law, and they were like, ‘I don’t think she deserves a tip, we don’t need to give her a tip, just take it back,’” Lester added to WECT.

But after that, something didn’t seem right.

“So this morning, whenever I went to check my bank account because I just felt like something was fishy about it, like she was going to do something – she just gave me that vibe,” Lester said.

“I went to go check my bank statement, and, instead of the $67 which was holding, it now had a finalized payment for $80.”