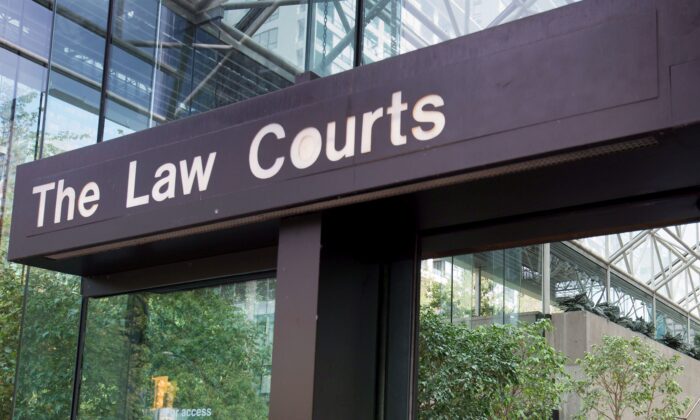 A judge dismissed the appeal of a Chinese couple who had applied for permanent residency in Canada due to the husband’s former employment with the Overseas Chinese Affairs Office, on Jan. 19, 2022. (The Canadian Press/Darryl Dyck)
Canada

Two Chinese nationals with a previous connection to a Chinese organization that allegedly engaged in acts of espionage were denied permanent residency in Canada when their appeal was dismissed by the Federal Court on Jan. 19.

According to Justice Vanessa Rochester’s decision, the principal applicant, Yuxia Gao, and her spouse, Yong Zhang, were being sponsored by their daughter who is a naturalized citizen. However, a Canadian immigration officer in Hong Kong had deemed them inadmissible due to Zhang’s previous employment with the Overseas Chinese Affairs Office (OCAO).

“The Officer determined that there were reasonable grounds to believe that OCAO had engaged in acts of espionage that are ‘contrary to Canada’s interests,’” Rochester wrote.

A scholarly article by Dr. James To cited by the court refers to qiaowu, or overseas Chinese affairs work, as “ostensibly a comprehensive effort that seeks to maintain, protect, and enhance the rights and interests of the OC [overseas Chinese],” but in practice “works to legitimise and protect the [Chinese Communist Party] CCP’s hold on power, uphold China’s international image, and retain influence over important channels of access to social, economic and political resources both domestically and abroad.”

Along with these power and propaganda aims, the article says the OCAO drafts qiaowu policy and engages in “intelligence gathering and dissemination” by conducting “research on domestic and external [overseas Chinese] affairs, and delivering this information to the CCP.”

The applicants told Immigration Canada that Zhang worked for nearly 20 years for OCAO, primarily as a computer technician until 2002, and then in an administrative position until his retirement in 2004. They tried to make the case that the OCAO does not work against Canada or its interests, but the immigration officer concluded otherwise.

In the applicants’ request for a judicial review, they argued that OCAO’s information-gathering is not covert in any way, since that is stated in its mission on its website.

The applicants also contested the immigration officer’s assertion, backed by a Toronto Star article, that China infiltrates overseas Chinese communities to “put pressure on dissidents and groups such as Falun Gong.”

They argued that the article didn’t mention the OCAO was involved in these activities specifically. The court responded by quoting the previous leader of the OCAO, Guo Dongpo, who urged cadres to strik[e] against overseas Falun Gong adherents to “eliminate their bad influence.” Falun Gong is a spiritual discipline that has been banned and persecuted in China since 1999.

“Given the evidence in the record that links OCAO to the activities described by the Officer, it was reasonable for the Officer to conclude that there were reasonable grounds to believe that OCAO had infiltrated overseas Chinese communities in Canada and other countries and engaged in covert action and intelligence gathering,” Rochester’s decision says, noting that such acts by the OCAO fall within the definition of espionage.

Zhang’s lawyer, Jacqueline Bonisteel told Global News that her client was never alleged to have engaged in spying for China; he was just a low-level member of an organization Canada accuses of espionage.

“He had no personal involvement, he is not a spy,” she said.

On Jan. 26, Global News reported that it had obtained a report on the OCAO authored by the Canadian Border Security Agency (CBSA) in March 2020.

According to the report, some of the OCAO’s “coercive tactics” include the “intimidation of OC (Overseas Chinese) at every level of society.”

The report also says the CCP seeks to eliminate any perceived overseas threats to its power, such as from Taiwan independence advocates and Falun Gong adherents, and relies on the OCAO which is established “in almost every country to personally liaise with local OC communities.”

The CBSA report appears to be based on open sources and not classified reporting, per the description given by Global. One of the quotes in the report is from Richard Fisher, a senior fellow on Asian military affairs at the Washington-based International Assessment and Strategy Center, and appeared in an article published in The Diplomat in September 2011. Fisher said that when assessing the Chinese regime’s intelligence sector, “any Chinese, especially those from China, from student to CEO, are potential active intelligence assets.”