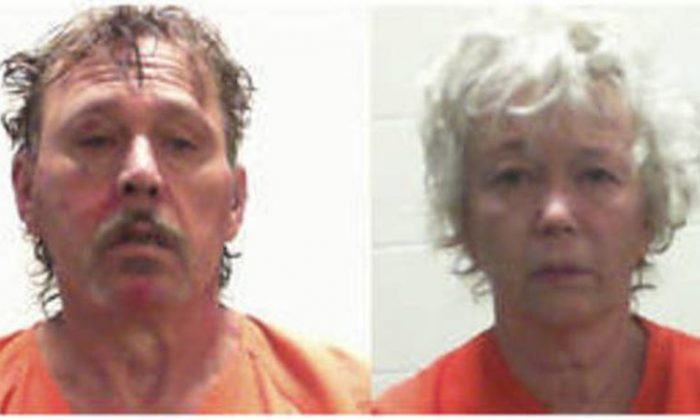 An Oklahoma couple was convicted in the slaying of their foster son—despite the child’s body never being found, according to media reports.

Rex and Rebecca Clark, of Seminole, were found guilty of first-degree murder in the murder of Colton Clark, the foster child. They were also convicted of child abuse of the boy and his brother.

They face life in prison. They haven’t been sentenced yet.

They have claimed that Colton, 9, ran away in 2006, and at the time, police agreed. Last year, however, the case was reopened and the couple was charged.

Candlelight vigil to be held for Colton Clark in Seminole https://t.co/hX0qUo16pb pic.twitter.com/hX29ZR1o4Q

The boy’s brother told officials that the couple abused Colton and him. He said he last saw Colton lying face down and motionless on a couch, KOCO reported.

“It’s been an incredible journey. Never in my wildest dreams had I thought I would be standing here today in celebration,” said TJ Sloane, 23, Colton’s brother and key witness, KFOR reported.

Colton and Sloane, who then went by Homer, were sent to live with their aunt and uncle by the DHS.

“I just wanted my brother to know that I deeply loved him and I did everything that I could,” Sloane said, KFOR reported. “And I want everyone here to cherish your family and cherish your friends because you just never know when the last time you’ll see them.”

According to Dearly, Sloane pointed out a photo of Colton in 2005.

He said, “No one ever reported it. […] The fear’s tremendous, that’s the worst part. You wake up every day and you just have that pit in your stomach of… you’re just scared. You don’t know what’s going to happen, you don’t know what to expect. It just, you wake up and it’s like living in hell.”

He said the photo reveals a bruise on his arm and under his right eye, KOCO reported.

“It is definitely a relief—a relief for the community, a relief for law enforcement who carried the guilt and the scars of the case … and the regret for not being able to solve it back in 2006,” the district attorney said last week.

“We started on this 11 years ago. It was a horrible situation,” said Seminole Police Chief David Hanson, who was a county sheriff’s investigator on the case.