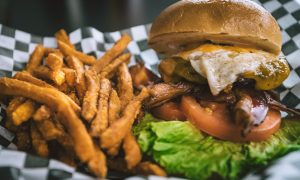 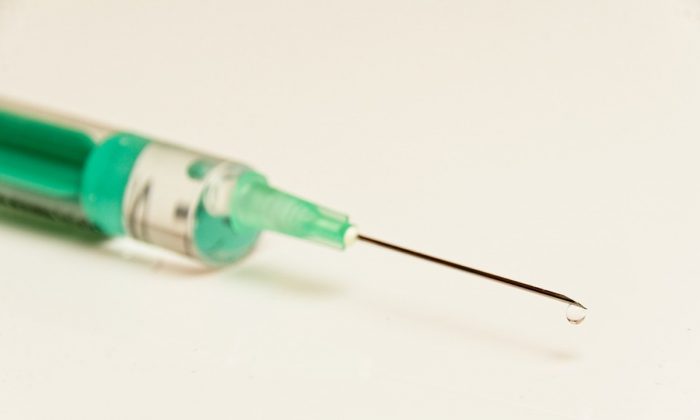 Stock image of a syringe. (Bru-nO/Pixabay)
Crime and Incidents

The Columbia Township Police Department and the FBI are investigating a food tampering case in which a syringe was allegedly found inside a mayonnaise jar purchased from a store in Brooklyn on Sept. 16.

An area resident visited the Columbia Township Police Department (CTPD) on Monday at about 6:15 a.m. and reported a case of “food tampering,” according to a statement released by the police.

“The resident reported purchasing a jar of Miracle Whip mayonnaise at the Dollar General in Brooklyn, the same day,” said the police in the statement.

The resident said after purchasing the mayonnaise she removed the seal and put the jar inside the refrigerator. Her husband removed the jar and felt something hard inside it when using a butter knife with the product.

“Closer inspection revealed a syringe pushed down into the middle of the jar of mayonnaise,” said the police.

The police contacted the Dollar General and its management removed all the jars from the store. “These remaining jars are being retained by Columbia Township Police,” said the police.

The CTPD said the case is being investigated by the FBI and the Food and Drug Administration, and further discussions are likely to happen on Wednesday.

In another case of food tampering, three teenage food service workers in Florida were fired and arrested on felony charges for allegedly spitting into the food they prepared for two on-duty deputies on April 27.

“There is no excuse for actions such as this and [it] will not be tolerated,” said Okeechobee Sheriff Noel E. Stephen in a statement.

The two deputies in uniform stopped at the Highway 55 restaurant for dinner, according to the statement released by sheriff’s office on May 2.

An anonymous person informed the owner of the restaurant about the food tampering and the owner immediately viewed surveillance video footage. “It was later discovered that three employees had conspired together to spit in the deputies’ food,” said the release.

“All three were immediately fired and the Okeechobee City Police Department was contacted. The owners of the establishment were quite upset and have been cooperating to the fullest extent in this matter,” the sheriff’s office said.

“[They] were each charged with Florida Anti-Tampering Act-Food, a first-degree felony, and battery on a law enforcement officer (LEO), a third-degree felony. All were transported to the Department of Juvenile Justice,” the release said.

The two deputies were notified, and authorities said they didn’t need any medical treatment.