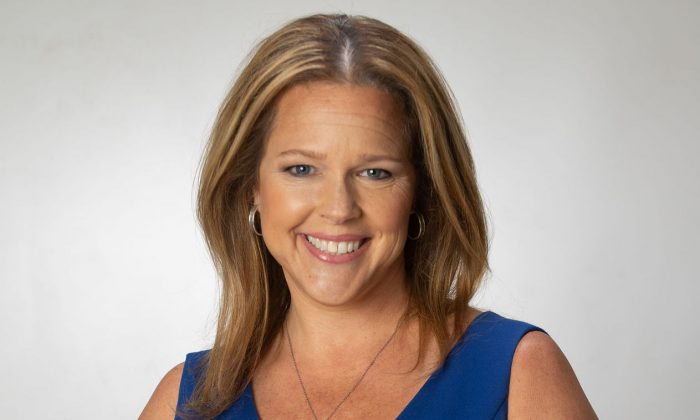 Four out of seven House seats that flipped from Republican to Democrat occurred in Orange County, and five state Assembly seats also flipped, shrinking the already small Republican delegation in California from 25 to 20 in the 80-seat legislature. To make matters worse for Republicans, in early 2019, State Assemblyman Brian Maienschein quit the Republican Party and joined the Democrats, shrinking the size of the GOP delegation to 19.

One of the five flipped Assembly seats in California was the 74th Assembly district, formerly represented by Republican Matthew Harper, who had held the seat since 2014. The seat encompasses much of Orange County, including Costa Mesa, Laguna Beach, Laguna Woods, Newport Beach, parts of Huntington Beach and Irvine. Harper’s Democratic opponent, Cottie Petrie-Norris, defeated him by 4.6 percentage points in a district with an 8 percent Republican registration advantage.

Republicans in Orange County have mounted early challenges to oust Norris in an attempt to make her a one-term assemblywoman and return the district back into Republican hands.

As of July 2019, two Republican challengers have announced a run to unseat Norris. The Epoch Times had the opportunity to speak with one of these candidates, Orange County prosecutor Kelly Ernby, about her decision to run.

The career prosecutor, who is originally from San Diego, attended law school at the University of San Diego and came to Orange County to practice business law. After practicing for roughly 10 years, Ernby was presented with an opportunity at the District Attorney’s office as a special unit prosecutor, where she’s been for about seven and a half years.

“I do environmental and consumer protection, civil and criminal cases,” she said. “They are very complicated complex cases where I’ve been arguing in the courts of appeal, the [California] Supreme Court, plus in the trial courts.”

Ernby explained that Assemblyman Vince Fong recruited her to run for Assembly after seeing her record.

“When he came down and asked me to do it, I thought about it for a couple weeks and realized it was going to be a big sacrifice and a challenge, and I just thought California really needs new leadership. My own brother got squeezed out. He lives in Texas and that was the last straw. Everyone’s leaving, even my own family. Somebody’s got to stand up and do something.”

When asked what were the biggest issues facing the issues, Ernby went into detail, starting with public safety.

“Public safety is the number one issue in our area and its linked to the homelessness problem [as well as] the massive release of criminals onto the streets. It’s made our communities unsafe. Huntington Beach, Newport Beach, Laguna Beach, these are nice cities that I feel at one point felt immune to some of the bigger issues in the state.”

Ernby also delved into how environmental regulation has become burdensome for the state’s businesses.

“As an environmental prosecutor, I know and appreciate that we do care a lot about our environment here, but businesses are not able to survive under the environmental regulations that we have.”

She also said developers have to expend large amounts of money to comply with environmental laws when building complexes.

“[It costs] a lot of money to just comply with the environmental laws for one unit and those expenses don’t create a greener environment or cleaner air. It’s just making the cost of living more expensive or forcing businesses to leave the state,” she said.

On the issue of climate change, Ernby expressed her concern for the environment, but she doesn’t share the Democratic Party’s approach to the issue.

“On the environment, when it comes to climate change, I think there is science that shows that we do have an issue. You can’t just say there’s no climate change, but you’ve got to take a hard look at those studies and you have to match what those studies say with whatever regulation we are going to be putting out. I want to be an advocate for alternative solutions where [it’s] appropriate.”

On the issue of the cost of living in the state, Ernby placed blame on Sacramento’s high taxation.

“California is too expensive. Statewide, everyone is struggling. Two income families can’t even make ends meet and that’s because they are living on extreme debt. Housing, insurance, taxes, everything is going up and it’s got to stop. It’s not sustainable and that’s why people are leaving the state.”

Ernby was also asked why the largely Republican district was lost to a Democrat in the last election.

“There was a big push by the Democrats and I don’t think this is going to happen again. I think that this is a conservative seat and the viewpoints of the people in the district are largely more conservative,” she said.

Ernby expressed her confidence in delivering a win in 2020. “I am a super hard worker. I trust that voters are going to pick the right candidate and I’m going to be able to speak to the issues that are important to us.”

When asked about why she thought Petrie-Norris was unfit for office, Ernby stated that the Assemblywomen did not represent the views of the district.

“Her viewpoints are anti-public safety, weak on illegal immigration. I think public safety is the number one issue that our people care about. She seems to not care about [public safety] the way I care about it.”

Ernby went into further detail explaining how she felt about Norris’s tenure in the Assembly.

“One of the things that struck me is Cottie didn’t vote at all when the issue of whether we should repeal the gas tax hike was presented. She abstained. We had literally no representative on that issue. She’s Gavin Newsom’s rubber stamp. Whatever Gavin says and what the far-left thinks is appropriate, she’s going along and that’s basically having no representative in Sacramento for the majority of the viewpoints that are here and I think the voters are going to show that when they come out to the polls this time.”

In addition to the incumbent Assemblywoman Petrie-Norris, Kelly Ernby will also be facing Newport Beach Mayor Diane Dixon in the March 3rd primary. The top two will advance to the general election next November.