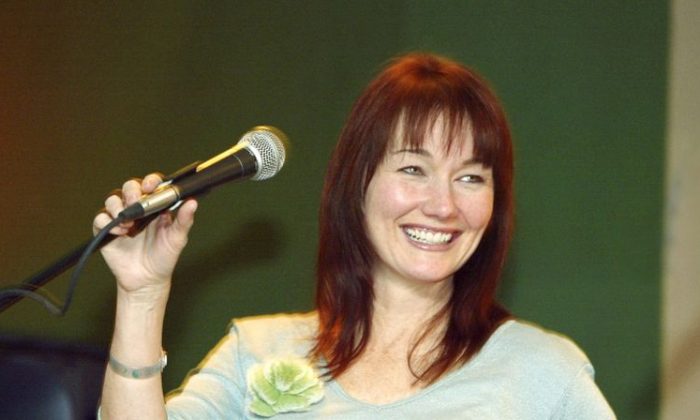 Country singer Lari White, known for the song “Now I Know,” died at the age of 52, according to her mother in a post on the CaringBridge website.

Yvonne White said Lari White died at 4:44 a.m. on Jan. 23, with her family at her side, WSMV reported. Her husband Chuck Cannon and three kids were there.

“She has been fighting the most valiant battle anyone could possibly imagine, staying strong and loving, courageous and determined … always thanking of others, especially Chuck and her beautiful children,” Yvonne White wrote on Friday. “She wanted to be at home; be with them, love on them as long as possible, and have their loving care.”

Yvonne White said that her daughter was “wise and funny, intelligent and super-talented…so loving, kind and compassionate…with a heart as big as all of Heaven,” according to the post on CaringBridge.

Lari White, a country singer known for such hits as "Now I Know," has died at 52 https://t.co/3SsxxxrDDX pic.twitter.com/K7NDOKrXma

“I have never known a person who did not love her and respect her, as evidenced by the great outpouring of love and concern of so many people. Every role she has played in life has been superb, and most of all, her role as mother,” she added. “We are blessed to be her family. Chuck and their three children are blessed to have her as wife and mother. Thank you, God, for Lari!”

“Lari was such a joy to work with when I was at RCA Records,” said publicist Erin Morris Huttlinger, CMT reported. “She was smart, strong and talented–and her smile was just radiant. That radiance showed through in all her work.”

White’s best known for “Wishes,” That’s My Baby,” “That’s How You Know (When You’re in Love),” and “Now I Know.” She’s also written songs for by Travis Tritt, Pat Green, Lonestar, and others.

In 2000, she appeared in the Tom Hanks film “Castaway” at the beginning and end of the movie.

I’m extremely saddened by the passing of my friend Lari White. She was so talented and a joy to write and record with. My heart goes out to all of Lari’s family and friends during this extremely difficult time. https://t.co/9w90keDEff

Recent news that dear friend & wonderful artist Lari White is gravely ill came as such a shock. This page has been set up for friends, family or fans who'd like to support them with a donation. Sending Lari, @chuckcannon & their family lots of love ♥️ https://t.co/Xcj6BTuimz

Saddened by the death of Lari White…. RIP singing girl… via @RollingStone https://t.co/jJZsFugTQs