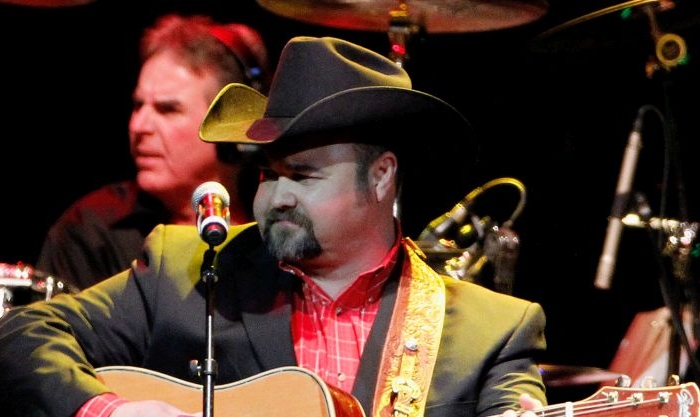 Daryle Singletary, a 1990s country music hitmaker known for the song “Too Much Fun,” died unexpectedly died at the age of 46, according to reports.

Publicist Don Murry Grubbs told USA Today that the cause of his death is unknown.

In all, he was known for “Too Much Fun” and “I Let Her Lie,” both from self-titled “The Note and Amen Kind of Love.”

He’s survived by his wife, Holly, and four children.

When country music started to become increasingly mainstream, Singletary said he took pride in his traditional country sound:  His website reads, “There are still people out there who want to hear traditional country music.” He’s also quoted as saying, “I’ve been fortunate to be able to always keep it real and not have to compromise,” Variety reported.

Word spread of his death after a Facebook post from McAplin Entertainment, his promotions and booking company.

“(We are) completely heartbroken to learn of the passing of our friend Daryle Singletary this morning,” the company’s statement reads, according to Billboard. “He was one of the best men we’ve had the privilege to meet and work with in this business, both professionally and personally. Please keep Daryle’s wife, Heather and their four young children in your prayers.”

“I’m shocked and saddened to hear that Daryle Singletary has passed away. He was a true country voice and his talent will be sorely missed. Praying for Daryle’s friends and family,” wrote Travis Tritt on Twitter.

“Just got word that Daryle Singletary has passed away. Rest in peace Buddy, you sang country like country should be sung,” said Charlie Daniels on the social media platform.

“My good friend and one of the best pure country singers if not the best, Daryle Singletary passed away this morning. God’s choir just got a lead singer!!!” Neal McCoy wrote.

Singer Rhonda Vincent also said, “He’s a dear friend. I am stunned. … Our prayers go out to Daryle’s wife and his children,” USA Today reported.

Sad day…the greatest country voice of my time is now singing in Heaven’s band. Gonna miss you @Darylesing ! Now show them how a good ol country shuffle is supposed to sound! #darylesingletary pic.twitter.com/3mBhbdONIx