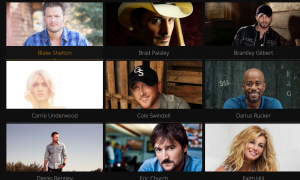 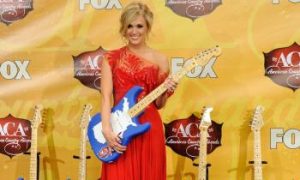 Carrie Underwood Artist of the Year at American Country Awards
0 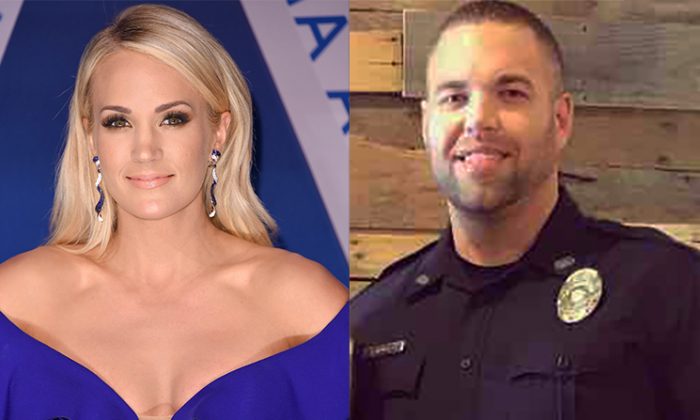 Country music singer Carrie Underwood donated $10,000 to the help the assistant police chief of her hometown of Checotah, Oklahoma, after he was severely injured in a road accident on Feb. 11.

Underwood made the donation, using her married name of Carrie Fisher, to the GoFundMe page of Assistant Police Chief Justin Durrett. The two had grown up together in the small town of Checotah, about 150 miles east of Oklahoma City. They had been friends and attended the same church since childhood, Tulsa World reported.

Durret was driving his 2006 Ford pickup down Oklahoma route 71 near West Liberty Road when the truck ran off the road and flipped. According to the GoFundMe page, Durrett was thrown from the truck, which then landed on top of him.

When a Haskell County deputy arrived at the scene 45 minutes later she found Durrett pinned under the truck.

According to the GoFundMe page, Durrett suffered several broken vertebrae, several lacerations, and bruising to his spine. The injuries left him with no feeling below his chest.

Komo News reported that Durrett was still in the Intensive Care Unit as of Feb. 18.

The page, posted by friends Jarred and Trish Ziegler said, “Since he isn’t gonna be able to work he has bills and two children.

“Not to mention the cost of the medical bills and what he may have to do after whether rehab what not. Any donations are greatly appreciated … Whether it’s money or prayers.”

Durrett had served the Checotah Police Department for 13 years prior to his injury, Tulsa World reported.

Carrie Underwood captured the music industry’s attention by winning the fourth season of the “American Idol” TV talent show. Her debut album, 2005’s “Stone Hearts” became the best-selling country album in 14 years. She is the only country artist to have her first five albums hit No. 1 or No. 2 on the Billboard Top 200 ranking.

Underwood has also appeared on television and in movies, most notably in the role as Maria von Trap in the 2013 remake of Sound of Music.