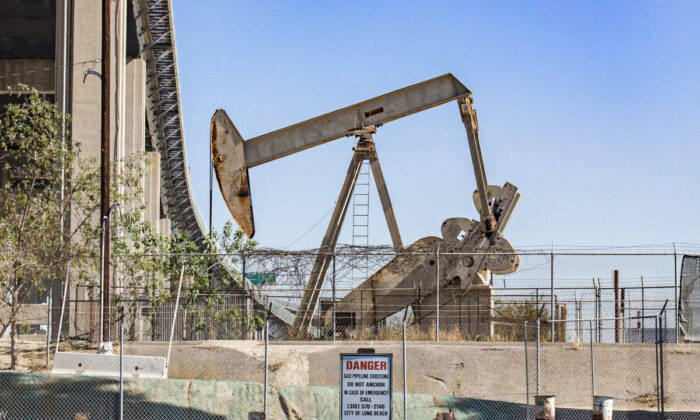 Back in March, Capital & Main ran a really biased headline, “Will California’s Fossil Fuel Industry Use the Ukraine War to Undermine Oil and Gas Legislation?” Subhead, “Three bills may fall victim to a new push for more oil drilling.” Let’s look at those bills today, three months later, and with gas prices now surpassing $7 a gallon in many areas of the Golden State.

Senate Bill 1173 is by state Sen. Lena Gonzalez (D-Long Beach). It would prohibit “the California Public Employees’ Retirement System (CalPERS) and the California State Teachers’ Retirement System (CalSTRS) from making additional or new investments or renewing existing investments in the 200 largest fossil fuel companies.” It passed the Senate on May 25. Currently, it’s in the Assembly Committee on the Judiciary and the Committee on Public Employment and Retirement.

It would do precisely nothing about global or even national oil supplies and production. Other people will invest in these companies, which currently are making record profits due to the global oil shortage. It only would harm CalPERS and CalSTRS equities positions by taking away potential investment opportunities. Taxpayers would be forced to pick up any shortfalls.

Senate Bill 1322 is by state Sen. Bill Allen (D-West Los Angeles). It would require “each oil refinery operator in the State to submit the following information to the [California Energy Commission] within seven days of the end of each month:

“a) The volume of crude oil refined into gasoline in the prior calendar month.

“b) The average price paid for each barrel of crude oil that is refined into gasoline in the prior calendar month.

“c) The gross and net refining margin per barrel of gasoline sold in the prior calendar month.”

It passed the Senate on May 23, and currently is in the Assembly Committee on Natural Resources.

SB 1322 is pointless meddling that only will add red tape to oil production. It’s supposed to threaten oil companies so they don’t increase profits as prices go up. It would have the opposite effect, with the red-tape costs passed to consumers. Right during a gas and diesel price spike pushing prices higher than ever.

Senate Bill 953 is by state Sen. Dave Min (D-Irvine). Its original wording would have required the State Lands Commission to “terminate all remaining oil and gas leases under its jurisdiction in tidelands and submerged lands within state waters by December 31, 2023,” killing thousands of energy jobs during an energy crisis, and raising prices at the pump even higher. That was a bit too socialist even for Senate Democrats.

The new wording says it’s “to conduct an amortization study of the oil and gas leases in state waters for which it is the lessor in order to determine the market value of these leases and provide recommendations to phase out the production of oil and gas production.” That’s the old “Study It Till It’s Irrelevant” routine.

Since May 19, SB 953 has been in the Senate Committee on Appropriations “under submission.” Which in Capitol Speak means, “An action taken by a committee when a bill is heard in committee and there is an indication that the author and the committee members want to work on or discuss the bill further, but there is no motion for the bill to progress out of committee. This does not preclude the bill from being set for another hearing.”

Full disclosure: In Nov. 2020, Min defeated state Sen. John Moorlach (R-Costa Mesa), the pro-capitalist, pro-consumer advocate, when I was working for him as press secretary. The voters preferred socialism and now they’re getting it—good and hard.