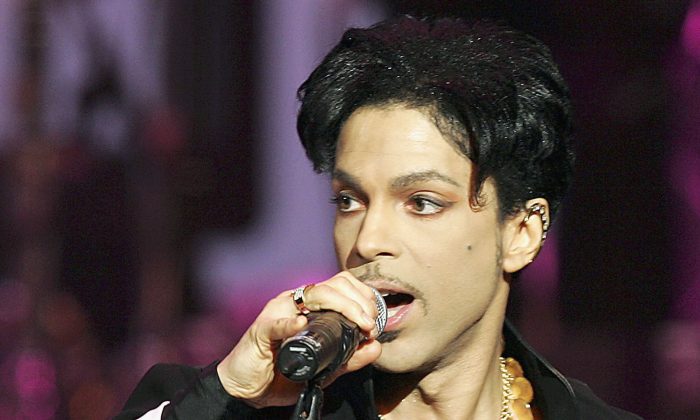 Musician Prince performed onstage at the 36th Annual NAACP Image Awards at the Dorothy Chandler Pavilion in Los Angeles, California on March 19, 2005. An investigation is underway to determine whether the pills that Prince had been taking were from illegal sources, the major supplier of which is China. (Kevin Winter/Getty Images)
China

Months after Prince died of a drug overdose, police investigators say that the pills that killed him were counterfeit and contained fentanyl, which was most likely sourced from China.

Fentanyl is a synthetic opioid that is 50 times stronger than heroin and therefore extremely deadly. While pills containing fentanyl can be prescribed by doctors in rare cases of chronic pain, its main distribution is through illegal channels. According to the DEA, China is the primary source of fentanyl in the United States.

Police investigators say that it is unclear where the pills found in Prince’s home came from, but believe that they were sourced illegally. An unnamed law enforcement officer involved in the ongoing investigation into Prince’s death told the AP that the pills were made to appear to be generic painkillers.

Investigators are uncertain whether Prince was aware that the pills contained fentanyl.

“How he got them? Who knows,” Joe Tamburino, a Minnesota defense attorney, told the AP.

“When you have weird stamped pills in aspirin bottles, sometimes things are what they seem, which is illegally obtained controlled substances,” Tamburino said.

“The powerful opioid has led to an “epidemic of overdose deaths within the United States,” according to the U.S. Drug Enforcement Administration. The agency issued a nationwide alert in March 2015 over the threat the drug poses to health in a public statement. The fentanyl-related overdoses claimed over a thousand lives in the United States in 2014, according to CDC data.

According to an unclassified DEA intelligence briefing the crisis is fueled by fentanyl sourced from China, as well as fentanyl precursor chemicals that are being sold to criminal groups. These groups then process the fentanyl and distribute it in the United States.

A bill introduced in July by the U.S. senate condemned China as one of the major suppliers for massive illegal fentanyl trafficking.

“We have seen an influx of fentanyl directly from China,” said Carole Rendon, U.S. attorney for the northern district of Ohio in Cleveland, according to StatNews. “It’s being shipped by carrier. It’s hugely concerning because fentanyl is so incredibly deadly.”

Fentanyl is often mixed into more expensive drugs, such as heroin and cocaine, to increase their potency.

According to the DEA the substance also poses major challenges for law enforcement officers. “If they actually touch it or inhale it, they could die,” James Shroba, a special agent for the DEA’s office in St. Louis, told the Associated Press.