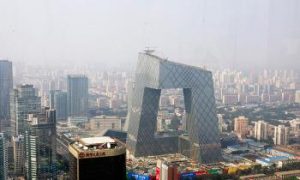 Margaret Lau
View profile
Follow
biggersmaller
Print
NEW YORK—Councilman Fernando Cabrera was joined by his colleagues Margaret Chin, Robert Jackson, and Daniel Garodnick on the steps of City Hall on Wednesday to introduce the Tenants’ Bill of Rights. City tenants and tenant association groups were also on hand to support the bill, which aims to protect tenants from unscrupulous landlords.

Under the bill, every landlord of a building with at least three apartments would be required to display in a conspicuous location the list of tenants’ rights, as well as to attach a copy to every new lease and lease renewal.

“There are also penalties attached to this bill for those landlords who refuse to either post or to provide the bill to all new tenants and to renewable leases, and this will be a wake-up call to those landlords,” said Cabrera. Failure to display the bill or to give it to the tenant will incur a $50 fine.

The bill seeks to inform tenants of their exiting rights. “This is a crucial bill … in the education of the tenants. Unfortunately, thousands of New York City tenants every year are taken advantage of because they don’t know the existing rights they already have under the law,” said Mario Mazzoni, executive director of the Metropolitan Council on Housing.

The bill also reminds landlords of their obligations. “This [bill] is going to be a double blessing for tenants and landlords at the same time,” said Cabrera. He acknowledged that there are some good landlords, stating that the bill will not affect those already doing what they are supposed to do.

Poster copies of the bill were available for supporters at the event and listed most of the major tenant rights pertaining to eviction, habitability, discrimination, heat and hot water, noise level, roommates, subletting, tenant organizations, as well as assistance for the elderly or disabled tenants. The copies of the bill also referred tenants to the relevant agencies for detailed information about their rights and for reporting possible rights' violations.

Every year the Metropolitan Council on Housing telephone hotline takes over 8,000 calls to assist tenants with understanding their basic rights. The council's walk-in clinics also serve over 500 cases per year.

Most people call the hotline about straightforward situations. Mazzoni gave an example: “Every single day on our hotline we hear from tenants whose landlords threaten to lock their doors [and] throw their stuff on to the streets, which is not legal. … Simply knowing that [it’s not legal] … means that tenants will not be afraid and intimidated into moving out of their apartments when the landlord tells them to go.”

Councilwoman Margaret Chin plans to ensure that the bill gets translated into different languages, so that immigrant tenants also gain awareness about their rights.

A hearing will be scheduled to pass the bill.

Jonathan Logan, 63, a cancer research scientist, said that he is well-informed about these laws but that “there are hundreds of thousands of people in the city who don’t know [their rights], partly because of language problems [and] partly because they never had the chance to see these things collected in one place.” Logan noted that lack of this knowledge puts tenants at a disadvantage. “That’s why it [the bill] is important,” he noted.