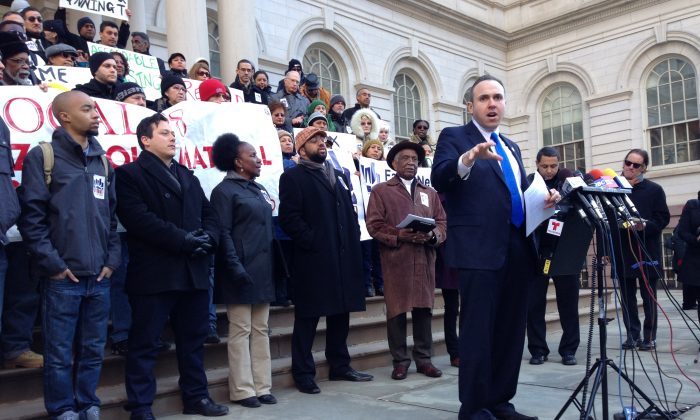 Council Committee to Review ‘Build It Back’ Problems

NEW YORK—City Council will look into problems with the Build It Back program during a committee meeting next month, Mark Treyger the chair of the City Council Committee on Recovery and Resilience confirmed on Monday.

Treyger did not specify a date for the hearing, but said that subsequent meetings will be held.

“We’ll do it time and time again until our communities are built back,” Treyger said.

Treyger has previously criticized Build It Back, a program funded by the federal government, saying it has failed to help victims of Superstorm Sandy.

Nearly 21,000 eligible applicants signed up for Build It Back, but no homes have been rebuilt since the program launched eight months ago.

Treyger also pointed out that only 876 people applied to the program from his district, where thousands were affected by the storm. He wants the registration for the program to reopen so that those who did not apply before the deadline get another chance.