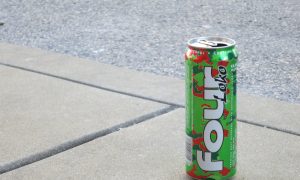 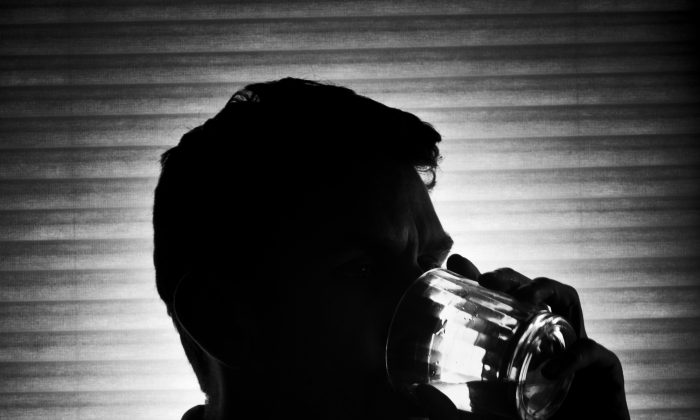 What if we had a pill that nullified some of the negative effects of alcohol and helped alcoholics drink less? (David Goehring/Flickr, CC BY-SA)
Science

Could Research Into Oxytocin and Alcohol Lead to a ‘Sobriety Pill’?

Each year over 3 million people die due to alcohol-related causes. To put that in perspective, that’s a whopping 5.9 percent of all deaths worldwide. Meanwhile, countless others endure the adverse health effects of alcohol use. Unfortunately, current psychological and pharmacological treatments for alcohol-use disorders are only marginally better than a placebo in reducing intake.

Imagine, then, if problem drinkers could be given a pill that makes them less likely to drink, less intoxicated if they do drink, and more capable of enduring the potentially life-threatening alcohol withdrawal syndrome that emerges shortly after going “cold-turkey.”

Recent research exploring interactions between the neuropeptide oxytocin and alcohol gives some grounds for hope that such a pill might one day exist.

Oxytocin is sometimes referred to as the “love hormone” or “cuddle hormone.” It has a high profile in popular culture due to its role in promoting sociability and long-term bonding. Numerous human studies, often involving nasal puffs of oxytocin, show various prosocial effects.

Oxytocin is also known to interact with alcohol. In the 1980s it was discovered that oxytocin can prevent the development of tolerance to alcohol’s sedative and body temperature reducing effects in rodents, and reduce the severity of alcohol withdrawal.

The rat given oxytocin behaves just like the sober rat, even though it has been given a high dose of alcohol.

In research published this week in the Proceedings of the National Academy of Sciences of the United States of America we provide perhaps one of the most striking demonstrations to date of oxytocin’s interaction with alcohol.

We infused oxytocin into the brains of rats that were then given an intoxicating dose of alcohol. The oxytocin completely prevented the discoordination caused by the alcohol in the rat equivalent of a field sobriety test.

The rat given oxytocin behaves just like the sober rat, even though it has been given a high dose of alcohol.

We then went on to demonstrate that oxytocin prevents alcohol from acting at specific sites in the brain involved in alcohol intoxication, sites known as delta subunit-containing GABA-A receptors. This was a particularly striking discovery in that oxytocin is normally thought to bind primarily to its own oxytocin receptors and a population of receptors for the closely related peptide vasopressin.

Other recent research suggests that delta subunit GABA-A receptors also play a role in alcohol addiction and tolerance. Changing the density of these receptors using a specially engineered virus can lead to a reduced appetite for alcohol.

Our demonstration that oxytocin prevents alcohol acting at these receptors therefore suggests a hitherto unknown mechanism involved in the wide-ranging interactions between alcohol and oxytocin as reported in other studies.

So in rodents, at least, oxytocin reduces alcohol consumption in both the short and long term. It also prevents alcohol-induced intoxication, reduces the severity of alcohol withdrawal, and promotes behavior resistant to addiction and relapse.

These wide-ranging effects of oxytocin on addiction-relevant behaviors sound much like the “sobriety” pill imagined at the beginning of this article. The challenge now is to translate these findings into humans.

One major hurdle will be to make sure that we can deliver the large oxytocin molecule in a way that allows it to effectively enter the brain. In rodent studies we do this by administering oxytocin directly into the brain or by giving very high doses peripherally.

To date only one small pilot trial of oxytocin in the clinical treatment of alcoholism has been published.

In human studies, oxytocin is usually given via a nasal spray, with the theory being that this provides a “back-door” into the brain. But there is debate as to how effective this actually is in raising brain oxytocin levels.

To date only one small pilot trial of oxytocin in the clinical treatment of alcoholism has been published. Alcoholics undergoing inpatient detoxification who were treated with intranasal oxytocin had reduced alcohol cravings and required less standard pharmacological treatment to treat their withdrawal symptoms. This study requires extension and replication but is an encouraging start.

But we’ve yet to demonstrate the “sobering-up” effect of oxytocin in humans, although we’re planning to test that in future studies. Assuming enough of the oxytocin reaches the brain, we suspect that oxytocin might reduce motor discoordination after consuming alcohol and also rescue slurred speech and impaired cognition. We’re also interested in the pacifying and anti-aggressive effects of oxytocin.

Each year in Australia there are around 65,000 hospitalizations and 1,500 deaths due to alcohol-related injuries. If oxytocin is able to inhibit intoxication in these people it could greatly reduce their risk of such injury. But even better, it might prevent excessive alcohol consumption in the first place.

It’s still early days, but the more we learn about how oxytocin causes such a wide range of positive effects on alcohol-induced behaviors, the closer we may get to a “sobriety” pill being science fact rather than science fiction.