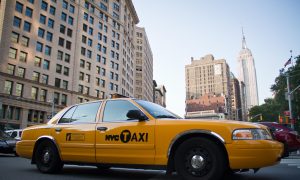 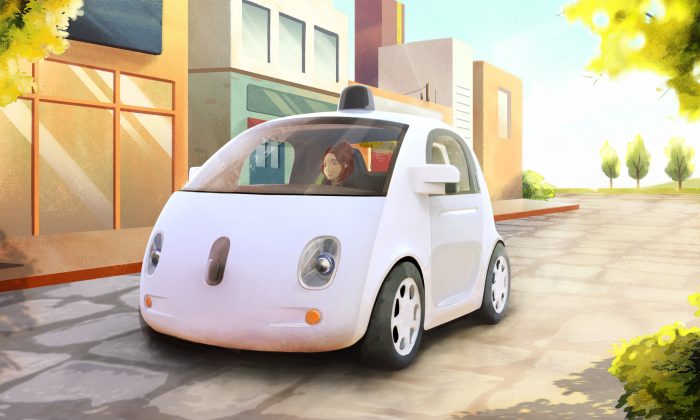 This image provided by Google shows an artistic rendering of the company's self-driving car. The two-seater won't be sold publicly, but Google on Tuesday, May 27, 2014 said it hopes by this time next year, 100 prototypes will be on public roads. (AP Photo/Google)
Tech

The smartphone taxi hailing app company, Uber, has been skyrocketing with no signs of slowing down. Founded in March 2009, the company has grown from just one city, San Francisco, to 250 cities in 50 countries by the close of 2014.

In 2015, Uber expects to mature its services in many of the cities it expanded into during 2014.

Uber is now valued at over $40 billion, with some hedge fund managers believing it is worth $100 billion. There is of course those who argue Uber is being severely over valued.

With such rapid growth, many problems have also emerged. Reports of Uber drivers, who do not have to undergo background checks like most traditional taxi drivers, committing assault, rape, and murder are starting to trickle in. Uber has been quick to point out that background checks do no ensure you won’t get into the wrong taxicab.

Uber has also come under legal fire in several places, it has even been banned in Spain, Brussels, France, and India’s capital Delhi to name a few. Uber is also hated by taxi unions who unlike Uber, have to deal with strict regulations and are heavily taxed.

If a competing service, one that had removed the element of a human driving the automobile emerged, how well would it compete against Uber?

Google’s self-driving car is poised to be that competition.

The cartoon looking cars may not wow people with their looks, but running on electricity and requiring no human to pilot them will make them very competitive. As of right now, Uber takes 20 percent of the fare drivers receive. Creating a competitive service that doesn’t need to give 80 percent of the fare to a human operator will surely entice any investor.

As Uber grows larger and larger and shows Google just how big the pie really is, Google would be wise to invest more resources into speeding up its fleet of driver-less cars that can be hailed via smartphone.

It is important to note that Google Ventures has invested over a $250 million into Uber. This may signal that the web giant is planning to couple its self-driving cars with Uber’s reputation.

As technologies like Artificial Intelligence (AI) mature and 3-d printing allows ultra-cheap cars to be created by the thousands, taxi services and car ownership both may become a thing of the past, soon.