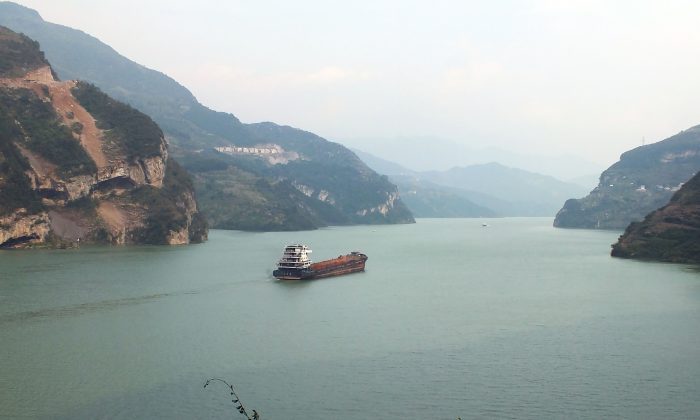 Could Dams Be Causing China’s Earthquakes?

Many engineering projects sit on fault lines
By Sally Appert

Experts have been debating whether China’s man-made reservoirs may have partly caused the magnitude-7.0 temblor in Sichuan Province on Saturday, as well as the magnitude-8 event in 2008.

Fan Xiao of the Sichuan Bureau of Geology and Mineral Resources told the Global Times that a dam over 100 meters tall with over 1 billion cubic meters of water has a 30-40 percent chance of causing a quake. The Pubugou reservoir, located 80 miles from Lushan County where Saturday’s quake took place, is much bigger than that at 186 meters tall with 5.39 billion cubic meters of water.

“The large reservoirs built on the fault line can induce earthquakes, as the huge amount of water adds huge pressure to the fracture,” Fan added.

This issue is causing concern because there are more dams in China than in the rest of the world put together, and they could be increasing seismic activity, known as Reservoir-Induced Seismicity.

Many rivers naturally flow along fault lines, and the Communist Party has plans to build a lot more dams in these rivers over the coming years, such as in the Tibetan Plateau.

A 2011 Chinese study revealed that the Three Gorges Dam triggered about 3,000 earthquakes, as well as numerous landslides, representing a 30-fold increase in seismicity.

Some experts also suggest that the Zipingu reservoir may have partly caused the 2008 earthquake, as it is less than 5 kilometers from the epicenter.

The Ya’an quake last weekend reportedly took the lives of at least 92 people, while the 2008 quake is said to have killed nearly 70,000. Both disasters occurred along the Longmenshan fault line.

Fan told the Global Times that Saturday’s quake was an aftershock of the 2008 quake, which took place in Wenchuan county.

“After the Wenchuan quake, the fault line became active as its stress wasn’t completely released. So it was possible for a 7.0 magnitude aftershock even five years later,” Fan added.

Although the epicenters of the two quakes were 85 kilometers apart, Zhou Bengang of the China Earthquake Networks Center believes the two events were not related. “The quake occurred on the southern part of the fault line, while the Wenchuan earthquake occurred in the middle part,” he told the Times.

However, one earthquake can help cause another nearby, University of Missouri professor Mian Liu told New Scientist. He said the 2008 quake increased the risk of another large one happening in the next 50 years.

“Seems nature was in a hurry,” Liu added.