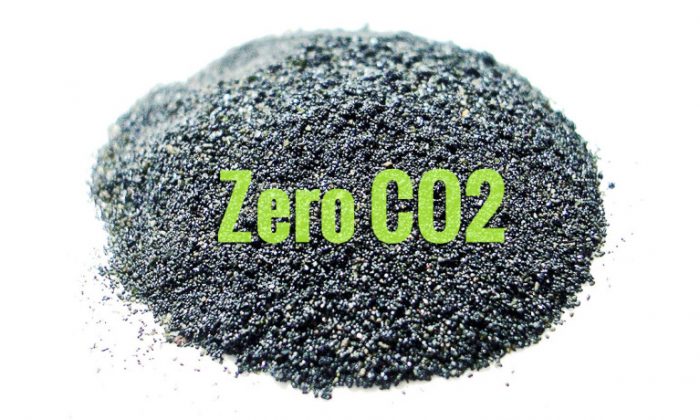 The idea of burning metal powders is nothing new—they've been used for centuries in fireworks, for instance. Since the mid-20th century, they've also been used in rocket propellants, such as the space shuttle's solid-fuel booster rockets. (Aney/CC BY-SA 3.0)
Environment

Engineers say it might be possible to use tiny metal particles—similar in size to fine flour or icing sugar—to power external-combustion engines in vehicles on Earth and in space.

Metal powders, produced using clean primary energy sources, could provide a more viable long-term replacement for fossil fuels than other widely discussed alternatives, such as hydrogen, biofuels, or batteries, according to a study in the journal Applied Energy.

“Technologies to generate clean electricity—primarily solar and wind power—are being developed rapidly; but we can’t use that electricity for many of the things that oil and gas are used for today, such as transportation and global energy trade,” says Jeffrey Bergthorson, a McGill University professor and the study’s lead author.

“Biofuels can be part of the solution, but won’t be able to satisfy all the demand; hydrogen requires big, heavy fuel tanks and is explosive, and batteries are too bulky and don’t store enough energy for many applications,” says Bergthorson, a mechanical engineering professor.

“Using metal powders as recyclable fuels that store clean primary energy for later use is a very promising alternative solution.”

Used in Rockets and Fireworks

The idea of burning metal powders is nothing new—they’ve been used for centuries in fireworks, for instance. Since the mid-20th century, they’ve also been used in rocket propellants, such as the space shuttle’s solid-fuel booster rockets.

But relatively little research has been done in recent decades on the properties of metal flames, and the potential for metal powders to be used as a recyclable fuel in a wide range of applications has been largely overlooked by scientists.

The concept takes advantage of an important property of metal powders: When burned, they react with air to form stable, nontoxic solid-oxide products that can be collected relatively easily for recycling—unlike the CO2 emissions from burning fossil fuels that escape into the atmosphere.

Using a custom-built burner, the researchers demonstrated that a flame can be stabilized in a flow of tiny metal particles suspended in air. Flames from metal powders “appear quite similar” to those produced by burning hydrocarbon fuels, the researchers write.

“The energy and power densities of the proposed metal-fueled heat engines are predicted to be close to current fossil-fueled internal combustion engines, making them an attractive technology for a future low-carbon society.”

Iron could be the primary candidate for this purpose, according to the study. Millions of tons of iron powders are already produced annually for the metallurgy, chemical, and electronic industries. And iron is readily recyclable with well-established technologies, and some novel techniques can avoid the carbon dioxide emissions associated with traditional iron production using coal.

Next Step: Build a Prototype

While laboratory work at McGill and elsewhere has shown that the use of metal fuels with heat engines is technically feasible, no one has yet demonstrated the idea in practice. The next step toward turning the lab findings into usable technology, therefore, will be “to build a prototype burner and couple it to a heat engine,” Bergthorson says.

Coauthor David Jarvis, head of strategic and emerging technologies at the European Space Agency, adds: “We are very interested in this technology because it opens the door to new propulsion systems that can be used in space and on earth. The shift away from fossil fuels for vehicle propulsion is a clear trend for the future.

“While not perfected and commercialized today, the use of low-cost metallic fuels, like iron powder, is a worthy alternative to petrol and diesel fuels. If we can demonstrate, for the first time, an iron-fueled engine with almost zero CO2 emissions, we believe this would then trigger even more innovation and cost reduction in the near future.”

This article was originally published by McGill University in Montreal, Canada. Republished via Futurity.org under Creative Commons License 4.0.