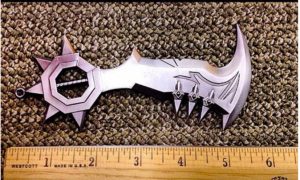 A Germanwings Airbus takes off at Duesseldorf International Airport in Duesseldorf, Germany, on Tuesday. Germanwings flight 4U9525 from Barcelona to Duesseldorf with 150 people on board has crashed in the French Alps. (Sascha Steinbach/Getty Images)
Aviation News

Could Airplane Age Be a Factor in Crash of 24-Year-Old Germanwings A320?

The Germanwings A320 that crashed into the French Alps on Tuesday, killing all 150 onboard, was 24 years old which puts the plane into the older age bracket for commercial flight. While it’s too early to know if age was a factor in the crash, the increasing number of older planes in the air is one of the issues the commercial air industry must grapple with.

Over the past 20 years, the average age of the worldwide commercial air fleet was 10 to 12 years old, according to the October 2014 analysis of the impact of aircraft age on safety conducted by MIT’s International Center for Air Transportation. But as air travel continues to expand and the number of airlines continues grows, more and more planes over the age of 20 are flying in the skies.

In 2012, the average age for aircraft retirement was 23.2 years, according to Aviation Week’s Fleet database.

The concern about older planes relates to corrosion and what’s called widespread fatigued damage, or WFD. The problem came to light following the 1988
explosive decompression of Aloha Airlines Flight 243, a heavily-used, 19-year-old Boeing 737-297.

During the flight, a large section of the roof tore off the plane. One flight attendant was ejected and died, but the pilot managed to land safely saving everyone else on board. The plane had 35,486 hours of flight time. The Germanwings plane had 58,300 hours.

Another factor of concern can be aging wiring systems, which was brought up after the in-flight breakup in 1996 of TWA Flight 800, a 25-year-old Boeing 747. That plane exploded midair 12 minutes after taking off from New York’s JFK airport. Investigators concluded that the probably cause was an explosion of fuel air vapors in a fuel tank, likely sparked by a short circuit.

Age alone does not connote condition, however. More important is the plane’s maintenance regime, the service it has undergone in its lifetime, and the diligence of routine evaluations. There is a wide discrepancy across the world in terms of maintenance staff training and adherence to guidelines.

The MIT report looks at historical data for commercial airlines between 1959 and 2012. The data shows that for planes over 20 years old, there was a correlation between aircraft age and number of fatal accidents, although the relationship wasn’t strong. It was described as a “weak trend.”

Moreover, the authors felt that the trend may be skewed by Africa, which has more older planes and more accidents. So possibly the correlation was due to other risk factors, such as poor maintenance regimes.

Germanwings is a low-cost subsidiary of Lufthansa Group, and both airlines have strong maintenance records. According to Airlines Ratings website, Germanwings has an overall safety rating of 6 out of 7, and Lufthansa has a 7 out of 7.  The rating is based on an aggregation of various aviation authority audits and accident reports.