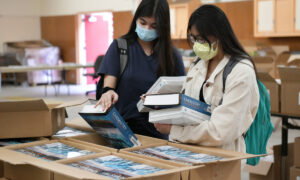 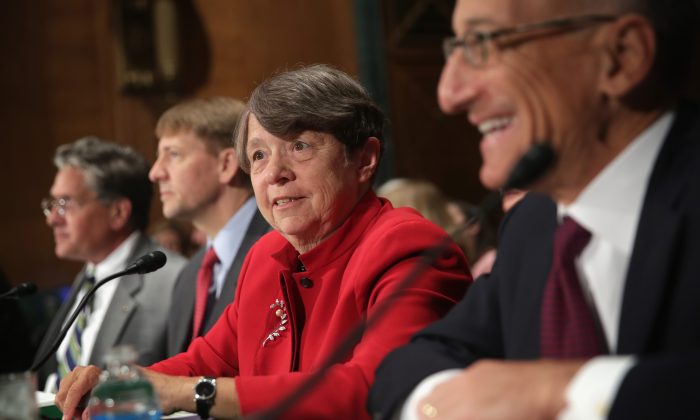 Could a Corporate Accounting Change Cost Millions of Jobs?

A modest change in an accounting rule is normally too much inside baseball to attract notice. But a proposal by the institutions that set accounting standards for publicly traded companies is prompting criticism from Congress and corporate America, backed by estimates that the change could kill millions of U.S. jobs.

U.S. and international accounting boards are proposing to change how companies account for operating leases. These are contracts that are akin to extended rentals and don’t transfer ownership of a property or piece of equipment.

Although no date has been set for when the change would take effect, members of Congress (both Republicans and Democrats), the Chamber of Commerce, and real estate professionals across the country are actively campaigning to stop the proposed rule. Opponents claim that changing the accounting companies use could “destroy” up to 3.3 million jobs and reduce annual average household income by more than $1,000 per year.

Accounting rule changes can have real effects on the economy and better inform investors if they require companies to report more relevant information or to present existing information in a more visible form. In essence, the operating lease change would require disclosures that are currently done off-balance sheet—which makes them less visible—to be reported more prominently.

Under existing rules, companies must distinguish capital leases (which grant some claim to ownership of a building or machine to the entity leasing it) from operating leases (which do not, and are for shorter periods of use).

Capital leases are currently reported on the company’s balance sheet, both as an asset—its value in producing revenue—and as a liability—the on-going obligation to make payments to the owner of the asset. Operating leases, on the other hand, are currently not shown on the balance sheet. They are reported as a rental expense on the company’s income statement when payments are made. Significant additional detail about a user’s operating lease contracts, however, is provided in notes to the financial statements.

The proposed accounting change requires operating leases with a term of more than a year to be reported like capital leases, that is as assets and liabilities on the balance sheet. As a result, the assets of leasees will rise but so will their liabilities.

The new accounting rule, backed by investor groups and the U.S. Securities and Exchange Commission. is intended to make the balance sheet more comprehensive and informative. It could also improve the comparability of financial statements for companies with different mixes of operating and capital leases, making it easier for lenders, investors, and regulators to assess their relative financial strength.

Their argument begins with an estimate that the accounting change will add $1.5 trillion to balance sheet debt of U.S. publicly traded companies. That’s an increase of 1.2 percent over the current total of liabilities for these firms.

This increase would reduce the ratio of liquid assets to debt liabilities for affected companies. Opponents claim that debt ratios are treated by banks and other credit providers as critical measures of financial strength. A decrease in the ratio of liquid assets or cash flow to debt would be seen by lenders as a deterioration in credit quality, even though the company’s true financial position remains unchanged—because the leases were always there, just accounted for differently.

To restore the debt ratio to the previous, apparently satisfactory level, companies would be forced to cut back on spending, and that would most likely mean laying off workers. In the meantime, their lower credit quality would raise borrowing costs, further reducing their ability to carry on business activity. Ultimately, the operating response of firms to the accounting change would mean lower employment and income for many and a decline in the price of leased commercial real estate.

This narrative is not completely convincing because it uses assumptions about the unknown effects of current accounting and how people will respond to the change. In fact, the estimated effects of the proposal are highly uncertain and depend on the assumptions used. How uncertain? Depending on the choice of assumptions, estimated job losses range from 190,000 to 3.3 million and the decline in annual household earnings could be as low as $68 or as high as $1,180. The range includes dramatically high numbers and others close to zero.

One key assumption underlying these estimates is how completely lenders and investors are deceived about the true financial condition of borrowers by the current accounting for operating leases. If lenders are fooled badly by the current accounting, then the new rule will cause them to sharply reduce lending and tighten credit terms to heavy users of operating leases. If the current rule is highly deceptive, the new rule could produce big adverse economic effects

But if lenders are currently using the more complete information in the note disclosures to evaluate credit quality, the new accounting will provide more accurate information, but not a complete surprise. Under the assumption of less current deception, the estimated economic effects are smaller.

Even though lenders have incentives to make use of the current disclosures, a substantial body of research supports the idea that the placement or context in which information is provided affects its perception and use. Thus, the proposed accounting change for operating leases could have real consequences for decisions and behavior.

If opponents are correct that adding operating lease obligations to booked liabilities would have large negative economic effects, this would in fact strengthen the case for adopting the new rule. First, doing so would enhance transparency and enable investors to make more informed decisions. Second, by ridding the financial markets of a hidden risk, it could promote economic stability by softening the blow of a future economic shock.

The claim that the proposed accounting standard will kill jobs is a widely used, often-winning argument against many policy changes. More often than not, use of the “job killer” debate tactic is misleading because it oversimplifies the basis of policy choice to a single dimension, jobs that are often irrelevant to the goal of the proposed policy.

Perhaps, in the end, opposition to booking lease contracts as debt can be explained by a fundamental human behavioral trait cited by Richard Green in a Forbes article titled “The Joys of Leasing” in 1980: “The basic drives of men are few: to get enough food, to find shelter, and to keep debt off the balance sheet.”

Thanks to Timothy C Irwin of the IMF for the Richard Green quotation. Marvin Phaup is a professorial lecturer and research scholar, Trachtenberg School at George Washington University. This article previously published at TheConversation.com.