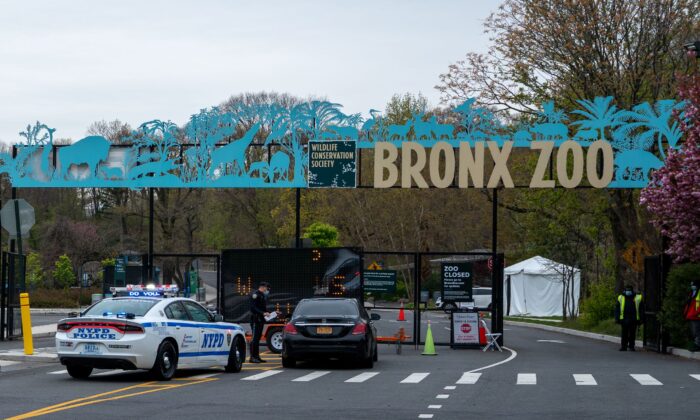 A COVID-19 testing site is seen in a parking lot at the Bronx Zoo in New York on April 23, 2020. (David Dee Delgado/Getty Images)
NY News

The NYPD helped remove an 80-pound cougar from a New York City apartment where she was kept illegally as a pet, animal welfare officials said Monday.

The owners in the Bronx realized the 11-month-old female wild cat was not fit to live in an apartment and surrendered the animal last week.

The cougar, nicknamed Sasha, spent the weekend at the Bronx Zoo receiving veterinary care and headed to the Turpentine Creek Wildlife Refuge in Arkansas.

According to the Humane Society, cougars may look cute and cuddly when young, but they grow up to be unpredictable and dangerous.