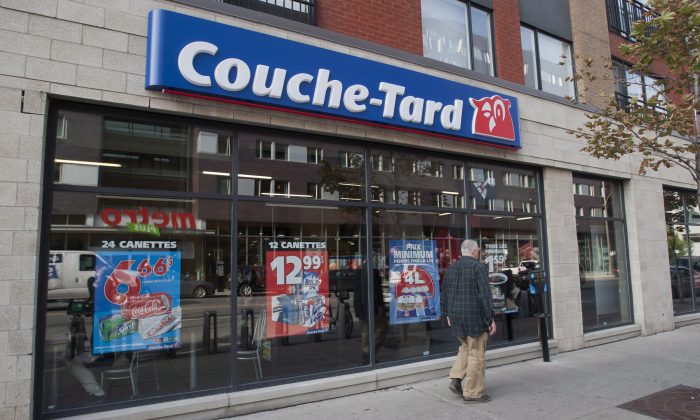 The Quebec-based company said 229 of the stations are located in Ontario, mainly in the Greater Toronto Area as well as London, and Ottawa. Another 50 stores will be added in Montreal and the city’s South Shore.

The acquisition means Canada’s largest convenience store operator will see its fuel market share increase to about 20 percent in each jurisdiction, putting it in range of rivals Petro-Canada, Shell, and Ultramar, CEO Brian Hannasch said Wednesday.

“We think we’ve acquired some of the best assets not just in Canada but in all of North America,” Hannasch said in a conference call a day after the deal was announced.

He said the company has been looking for more than a decade to expand its presence in Ontario. Once the deal closes, the province will account for about one-third of its Canadian network of 2,100 locations.

The additional outlets will raise Couche-Tard’s profile as it prepares to convert its Canadian network outside Quebec to the Circle K brand used in the United States from Mac’s over the next 18 months.

The sites will continue to sell Esso gas. Each site sells on average 8.5 million litres of fuel per year and more than $1 million in non-fuel sales, excluding Tim Hortons and car washes.

The deal expands Couche-Tard’s relationship with Tim Hortons by adding 229 full-service or smaller kiosks to less than 20 in operation in Couche-Tard stores across Canada. At locations without a Tim Hortons, Couche-Tard will add its private-label branded coffee, among other new food and drinks, to increase sales to levels at its own network.

The transaction is expected to close in about six months, subject to approval from the Competition Bureau.

Hannasch said the deal does not prevent his company from pursuing other acquisition targets, such as CST Brands, which recently said it was conducting a strategic review that could include selling its 1,900 locations in the U.S. and Canada.

“We think we can probably do a deal of that size but first we’d have to understand whether we are interested or not,” he said.