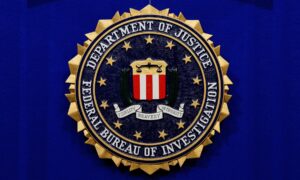 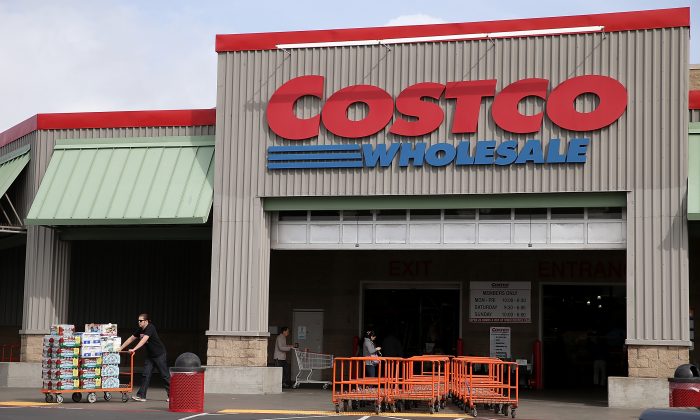 A customer leaves a Costco store on March 6, 2014 in Richmond, California. (Justin Sullivan/Getty Images)
US

In a press release, the company said its thoughts are with Brotman’s wife and family.

Brotman died at the age of 74 and is credited with starting the popular global retail business with his co-founder.

According to his brother Michel Brotman, Jeff died in his sleep at his Medina home, a city in Washington the Seattle Times reports.

“We assume his heart just stopped working,” Michael Brotman said. The exact cause of death has not been confirmed yet.

Brotman launched the first Costco warehouse in Seattle, 1983 with his business partner James Sinegal who served as Costco’s CEO until 2012. Brotman has been serving as the chairman of the company since 1994.

Brotman’s death came as a “complete shock for everyone,” Sinegal said.

Sinegal revealed that just the day before his death, Brotman attended a dinner with about 2,000 Costco warehouse managers from around the world who gathered at the Washington State Convention Center, the Seattle Times reports.

“You couldn’t not like Jeff. He would say things like, ‘I’m not going to let you get mad at me,'” Sinegal said.

The company owes its success to the business practices that Brotman and Sinegal implemented, right at the start of their business. The two decided that one of the practices would be that Costco would not mark up any item more than 14 percent. The move would pay off in the future as it kept customers loyal, according to the Fortune.

The co-founders’ strong set of business skills helped Costco grow quickly; at the time Sinegal oversaw operations and finances, while Brotman handled all the real-estate work.

Costco has succeeded with it’s smart, albeit radical business practices. Employees enjoy excellent pay and benefits, the opposite of Walmart’s policies, which earned Costco the name “anti-Walmart” according to History Link.

The company also remarkably spends no money on advertising, marketing, or public relations departments, as well as having low energy bills since they use only skylights and monitoring lights.

Sinegal said Brotman “became an expert” at choosing where the new Costco warehouses should be as the company started growing and adding more and more locations across American and the globe.

Costco is now the third largest retail store in the United States (after Walmart and Kroger) according to the most recent data from the National Retail Federation (NRF). According to MarketWatch Costco made over $118 billion in sales and revenue last year.

Brotman grew up in a retailing family in Tacoma, Washingon, where his father, Bernard Brotman, founded Bernie’s Mens Wear and Bottoms women’s store.

Brotman’s father became curious about another retail store called Price Club, a warehouse store serving small businesses in 1976 and told his son, “You should do this” his brother recalled.

“Jeff understood immediately that there was an opening there,” Michael Brotman said. “The Price Club idea appealed even to people with money—the idea of being able to buy value at the right price. It wasn’t about buying cheap. It was about buying good value.”

About 10 years later after the co-founders opened their first warehouse, they merged with Price Club renaming their store PriceCostco and combined, earned $16 billion in annual sales at 206 locations, according to Costco.

The company renamed its store Costco in 1997. The store has transformed the retail industry by being the world’s first membership warehouse club.

According to Costco, the company operates 736 warehouses around the world—the bulk of them, 511, in the United states and Puerto Rico.