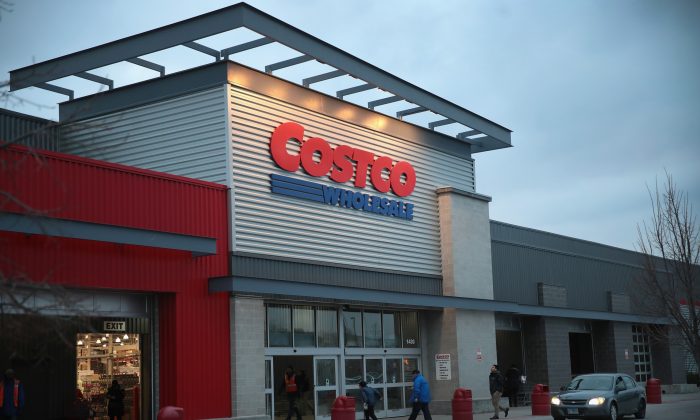 Costco said it is allowing first responders and healthcare workers priority admittance into its warehouses.

The firm recently started limiting the number of customers in each store, leading to potentially long lines.

But starting on Wednesday, Costco said on its website that it “is temporarily allowing priority access to our warehouses during all open hours for Costco members who are healthcare workers and first responders such as police officers, EMTs and firefighters.”

“Healthcare workers and first responders who present a Costco membership card and official identification of their role, will be allowed to move to the front of any line to enter the warehouse,” according to the statement.

During the CCP (Chinese Communist Party) virus pandemic, shoppers have been amassing at big box stores like Costco, Target, and Walmart to purchase supplies and groceries en masse. The pandemic and large quantities of customers has forced the companies to implement shorter hours so employees can restock shelves, exclusive times for senior citizens, and limits on how many items customers can buy.

“Costco has temporarily updated our shopping policy. This change is for your safety and the safety of our employees and other members, and to further assist with our social distancing efforts. Thank you for your cooperation and understanding,” it said on its website, adding that it will allow no more than two people to enter the warehouse with each membership card.