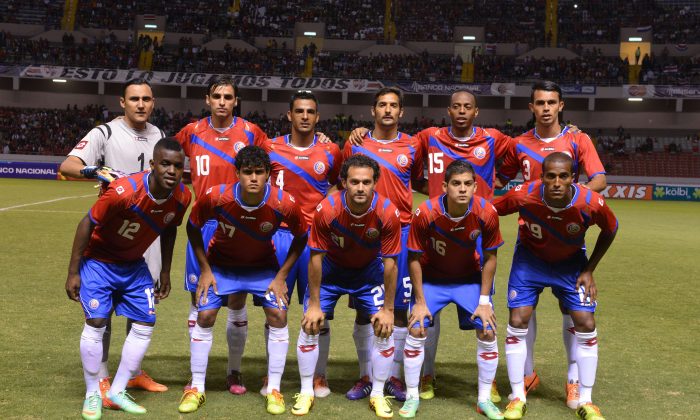 Costa Rica and Japan are set to face off in an international football match on Monday, June 2.

It’s being played at Raymond James Stadium in Tampa, Florida.

The match will be broadcast on Repretel, Teletica, or Millicom in Costa Rica and NHK in Japan.

It will also be broadcast on beIN Sports in the Middle East and part of Africa, Supersport in the rest of Africa, Fox Sports in Australia, Fox Sports Cono Sur in much of Latin America–including Peru and Uruguay–and SportTV in Brazil.

Costa Rica supporters pose as they wait outside the stadium for the International Friendly Match between Japan and Costa Rica at Raymond James Stadium on June 2, 2014 in Tampa, Florida. (Mark Kolbe/Getty Images)

Japan supporters pose as they wait outside the stadium before the International Friendly Match between Japan and Costa Rica at Raymond James Stadium on June 2, 2014 in Tampa, Florida. (Mark Kolbe/Getty Images)

Costa Rica has only won two of its last five matches, although it did win the last one on March 5 against Paraguay, 2-1.

Japan is coming off three straight wins, including one on May 27 over Cyprus (1-0).

Costa Rica starts off its play at the World Cup on Saturday, June 14 against Uruguay before taking on Italy on Friday, June 20 and England on Tuesday, June 24.

Japan begins World Cup play on June 14 against the Ivory Coast before taking on Greece on Thursday, June 19 and Colombia onJune 24.