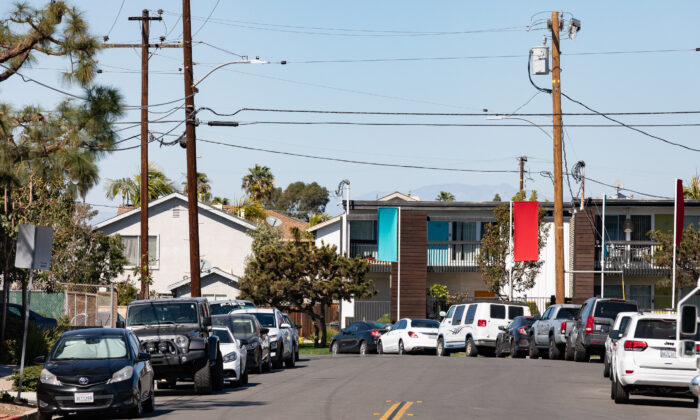 The city of Costa Mesa unanimously approved an emergency ordinance on Nov. 2 that will continue the city’s ban on short-term rentals (STRs) for another year.

STRs, defined as rentals that last for less than 30 days, are commonly listed on websites including Airbnb, VRBO, HomeAway, FlipKey, and others.

Every council member seemed to be in agreement with one another, saying it’s important to protect neighborhoods from STR issues of noise, trash, parking, and more.

“I’m perfectly happy with the ordinance as is,” Councilman Jeffrey Harlan said. “I will note there are two conditions during this pandemic that have not changed. We still have a housing crisis. And we still have a tourism industry that was decimated and is coming back. So I want to make sure that we protect those interests.”

Costa Mesa received more complaints related to STRs during the height of the COVID-19 pandemic, many related to disruptive parties that renters would throw in the homes, according to a Nov. 2 presentation given to the council.

One public commenter urged the councilmembers to rethink the issue, noting that he has a home that was used as an STR before the moratorium, but that there were safeguards in place to limit it being used as a party house.

“We started to implement a system such as a minimum of seven days stay to keep parties from happening. Nobody who was under 25 was allowed to rent it. We would make sure that they had multiple reviews on their profile,” Decker Allison, a Costa Mesa resident said. “And with that, we were able to cut out any sort of parties from happening, and our neighbors are actually very friendly with us and continue to be supportive.”

The matter was addressed in December 2020, when the city adopted a moratorium prohibiting STRs, which was set to expire on Nov. 10, 2021.

The State of California has also declared a housing shortage, which proponents of the ban say STRs make worse.

Many homes that would normally be rented for long-term use have instead been used for short-term use, making it more difficult for would-be renters to find homes to live in, according to the newly approved ordinance.

Costa Mesa has rolled out fines on STR violations since last year’s ban.

As a result, the number of STR complaints has since decreased, according to city staff.

“About a year ago, I did a deep dive into this issue. … This was really a question of balancing interest across the city,” Mayor Pro Tem Andrea Marr said during a Nov. 2 council meeting, saying she wanted to understand both sides of the issue at hand.

One type of STR will continue to be allowed in Costa Mesa—home-sharing. It is where a property owner rents a unit while also occupying the home themselves, such as someone renting out an empty room in their house.

“After we made that proposal [last year], there were a number of people who came back and said, ‘This is the circumstance—I’m in the home, we rent out a room, these tend to be longer-term people, we have controls.’ And I was actually really surprised by how many of the Airbnbs function in that manner,” Marr said.

While the newly approved ordinance expires next year, the council plans to adopt a permanent ordinance in the future that will allow some types of restricted STRs. It is unclear at this point what type of STRs will be allowed.

“I am very confident that sometime next year, we’re going to come back with an ordinance that actually collects taxes,” Marr said. “These are effectively hotel rooms that are not taxed like hotel rooms, where we’re allowed to on an annual basis, regulate, inspect, identify problems, and pull permits from people who are not good actors in the city. And so this is still a temporary measure.”