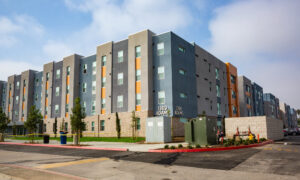 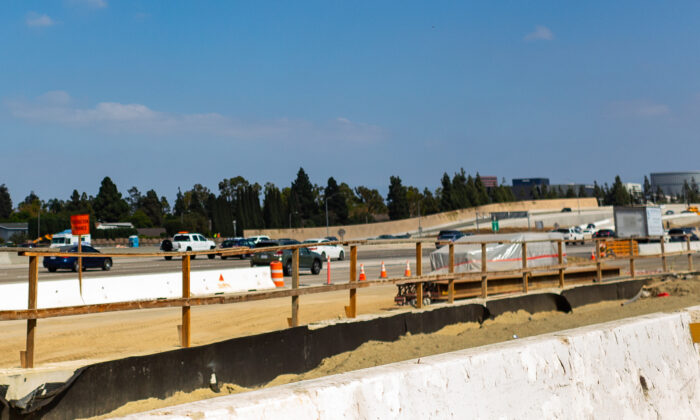 The Costa Mesa City Council has voted to approve a $2.6 million street rehabilitation project to fix its ailing roadways, and added nearly $800,000 back into its small-business grant program following a mistaken allocation of the original funds.

The council approved the road expenditures, along with a second round of the city’s Small Business Relief Grant Program, at its Oct. 20 meeting.

Costa Mesa City Council member Allan Mansoor told The Epoch Times that the city is “always trying to keep up with street repair.”

“We have a lot of streets that are in need of repair and costs to keep it up,” Mansoor said in an email. “It is constant.”

The Citywide Street Rehabilitation Project was awarded to R.J. Noble Company Inc. of Orange, which was the lowest bidder out of six different bids the city received, according to a council agenda report.

The construction contract will cost the city $2,624,860, with an additional 10 percent contingency of $262,500 set aside for unforeseen expenses.

Phase 1 of the program—called the Citywide Parkway Maintenance Project—was awarded by the council in June, and involved repairing damaged curbs, gutters, sidewalks, driveways, and ramps for the disabled. Phase 3, which will begin after the street rehabilitation, includes applying surface coating and sealing on the roadways.

“Engineering, materials, labor, and the amount of streets add up,” Mansoor said.

Raja Sethuraman, the city’s public services director, told The Epoch Times that the city decided to act now regarding the streets to avoid paying more in the future.

“The primary purpose of ongoing, consistent annual investment is to ensure that streets do not deteriorate to a level where the reconstruction costs are two or three times of the rehabilitation costs,” Sethuraman said via email.

“As part of this program, we are addressing several streets throughout the City that are showing preliminary signs of failure. Addressing them now is [more] cost effective than waiting for them to fail.”

Sethuraman said Costa Mesa uses a “Pavement Condition Index,” or PCI, to gauge the quality of the city’s roads. The index score can range from “zero” for the worst condition street to “100” representing the best condition.

He said the project’s goal is to “preserve and enhance the integrity of the City’s streets” by maintaining a citywide average score of 85 on the index.

“Each year, the City reviews the street system and identifies streets to be rehabilitated based on the results of the latest PCI evaluation. This needs-based approach ensures that the pavement management system is administered economically and efficiently in the long-term, to the benefit of all community stakeholders,” Sethuraman said.

He said Phase 2 is set to start in late November, and the “majority of work will be done in the first half of next year.”

Costa Mesa Council member Arlis Reynolds told The Epoch Times that she didn’t have time to discuss the project in detail, but said local road deterioration is emblematic of a larger problem nationwide.

“The way we’ve designed our road infrastructure across the country is financially unsustainable,” Reynolds said.

Costa Mesa’s operating budget for the 2020–2021 fiscal year is approximately $152 million. Nearly 49 percent of the budget—about $74 million—is earmarked for protection of persons and property, while around $9 million, or 6 percent, is set to be used for transportation costs.

‘CARES Act Dollars Must Be Reallocated’

The council on Oct. 20 also approved a second round of the city’s Small Business Relief Grant Program. The latest round will allocate $792,469 to small businesses that applied but weren’t awarded grants during the first round of the program in June.

The additional funds became available when the city was notified by the county that it had incorrectly applied that amount to other programs following its initial allotment of $2,746,469 as part of the federal Coronavirus Aid, Recovery, and Economic Security (CARES) Act.

The city received its share of the CARES Act relief funds in June as part of Orange County’s Second District distribution. At the time, the council approved an agreement between the city and the county stating that the funds had to be used to support small businesses suffering due to the COVID-19 pandemic.

While the first round of Costa Mesa’s small-business relief granted $1,954,000 to needy enterprises, the remaining CARES Act funds were allocated toward capital improvement projects ($750,000), a city business assistance collaborative ($26,469), and program administration ($16,000).

“Based on recent clarifications and direction from the County, the CARES Act dollars must be reallocated to a business grant program,” according to the council’s agenda report.

While requirements for businesses to apply stay the same, disbursement amounts will be increased during this round, ranging from $10,000 to $20,000.

The staff “believes there will be sufficient funds to award grants to most, if not all, eligible businesses that originally applied,” according to the report, which adds that if there are funds left over, they will be prorated and disbursed to previous grant recipients.

As of Oct. 13, the city had issued 152 grants to small businesses and had disbursed $1.355 million in relief funds.