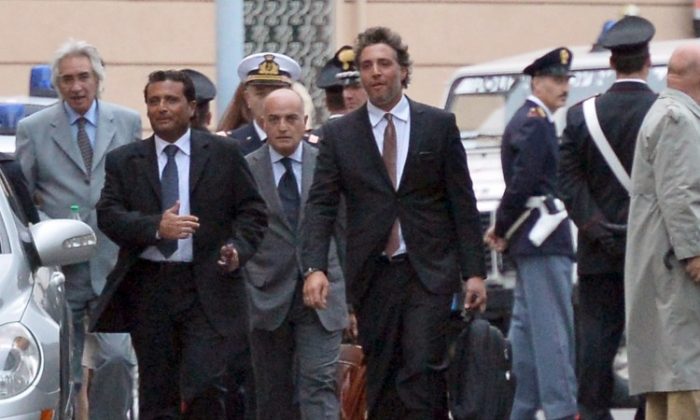 The captain of the Costa Concordia cruise ship that hit rocks off the Italian coast and capsized Jan. 13 appeared in court for the first time on Monday. Thirty-two people died in the disaster.

Francesco Schettino, 51, heard the evidence against him in court and faced the survivors of those who were killed in the accident.

Lawyers for Schettino said that he accepted blame for the accident but said that he wants to hear the case against him.

“The captain is doing what is in his right to do, he is conducting his defense,” Francesco Pepe said, according to Reuters. He said, “It is in his interest that the truth comes out and it is a question of respect, not just for his rights but also the rights of the survivors.”

German survivor Michael Liessen attended the hearing, saying that he wants “to look him in the eye to see how he will react to the accusations,” reported The Associated Press.

Another survivor, Luciano Castro, told AP: “When he looked at me, I told him I was on board the Costa Concordia. He stood up and we shook hands, as it is normal between two polite people.”

The Costa Concordia is still sitting, half-submerged, off the Italian coast.