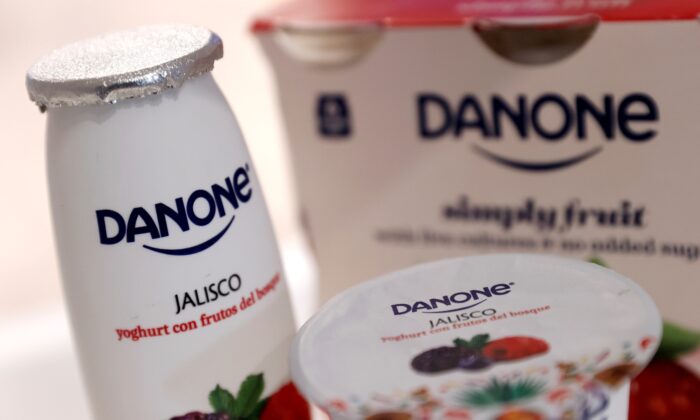 Cost of Products to Rise in US Amid High Inflation: Danone CFO

“We expect 2022 at least at the same level as 2021, and maybe even higher,” Juergen Esser, the CFO, told reporters on a call. “We need to get prepared for more supply-chain disruptions and challenges.”

The company said it was seeing higher inflation and supply chain pressure in a note on its third-quarter earnings. Executives expect to see “a broad-based acceleration” of inflation in milk, ingredients, packaging, and logistics in the coming months.

“Like just about everyone across the sector and beyond, we see inflationary pressures across the board. What started as increased inflation on material costs evolved into widespread constraints impacting our supply chain in many parts of the world,” Esser said in a written statement.

“That said, we are putting even greater focus on productivity and pricing actions to mitigate the impact on our performance, thus re-iterating our [position],” he added.

Danone reported net sales were up 3.8 percent on a like-for-like basis in the third quarter and remains confident a return to profitable growth will happen in 2022.

Inflation has been affecting companies and economies around the world but is highest in emerging markets like Mexico, Brazil, and Russia, Esser told reporters, according to Bloomberg. Inflation will drive costs higher by at least 8 percent, Esser added, according to Reuters.

Because of the pressure, the price of Danone products will rise in a number of countries, including the United States.