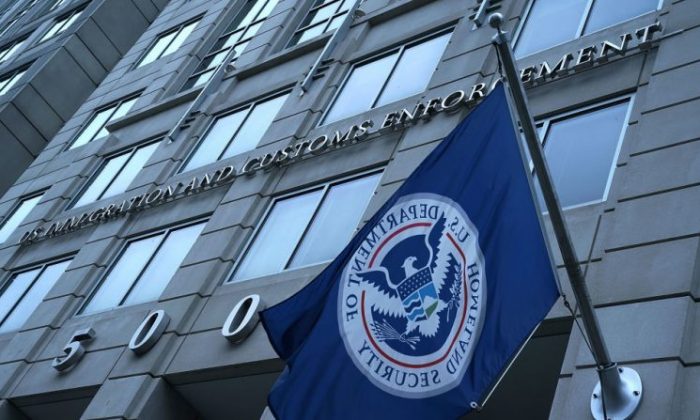 ICE refers to the Immigration and Customs Enforcement, a federal agency that enforces laws against illegal immigration, human trafficking, child pornography, and other crimes.

“The outstanding work by the over 1,000 employees of the office of the sheriff has been overshadowed by the attention the ICE contract brings, even though immigration is a matter of federal law,” Livingston said, reported the San Francisco Chronicle. “Managing protests in Richmond have become expensive and time-consuming for our staff.”

The sheriff said the rising costs from managing the protests weren’t being covered by the federal government.

Protests outside of ICE facilities in multiple states have cropped up recently, led by far-left protestors who want to abolish the agency. Some protestors and liberal officials have also called for open borders, arguing that no immigration should be illegal.

The contract between the county and ICE, which incarcerated illegal immigrants at the West County Detention Facility while they awaited deportation proceedings, was signed in 2010.

The agreement brought in about $3 million in net revenue for the county, with some of the surplus being used to pay sheriff’s deputies, Livingston said. Efforts will be made to replace the money with state and county reserve funds.

The facility holds an average of 200 detainees a day, reported the Los Angeles Times.

The contract stipulates that 120 days notice must be given by the sheriff ahead of termination.

“Now, instead of being housed close to family members or local attorneys, ICE may have to depend on its national system of detention bed space to place those detainees in locations farther away, reducing the opportunities for in-person family visitation and attorney coordination,” ICE spokeswoman Lori Haley said in a statement.

The decision comes several weeks after the Sacramento County Board of Supervisors voted against renewing its contract with ICE. A contract between Santa Ana and ICE was terminated in 2017.