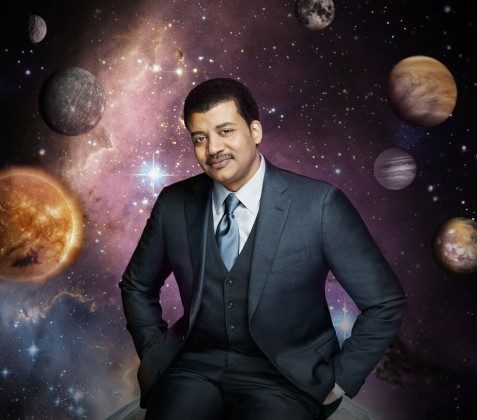 Cosmos Season 2 Renewal? ‘A Spacetime Odyssey’ May Be Renewed, But Without Neil deGrasse Tyson

“Cosmos: A Spacetime Odyssey” season 1 finished on June 8 and fans are still waiting for word on a renewal or cancellation.

The finale scored a pretty low three million viewers (including 1.1 million in the 18-49 age bracket), having to compete with Game 2 of the NBA Finals, the Miss USA competition, and The Tony Awards.

Some websites that list television ratings are listing the finale as the “series finale” as opposed to the “season finale,” possibly indicating that a decision has already been made but not made public yet.

Host Neil deGrasse Tyson said that even if there is a season 2, he may not be the host.

“We’re all flattered that people are thinking [about a Season 2] but it’s not clear that this was the kind of content you want to rattle off one year after the next,” he told TIME.

“If some years down the line after my life has recovered, maybe. But I’d like science to be shared by all. If someone else came up and wanted to host it, I don’t have any ego invested in the visibility that hosting Cosmos brought to me.”

Tyson noted that the original Cosmos was 13 episodes, and that the remake should be seen as more of a documentary than a television show that comes in multiple seasons.