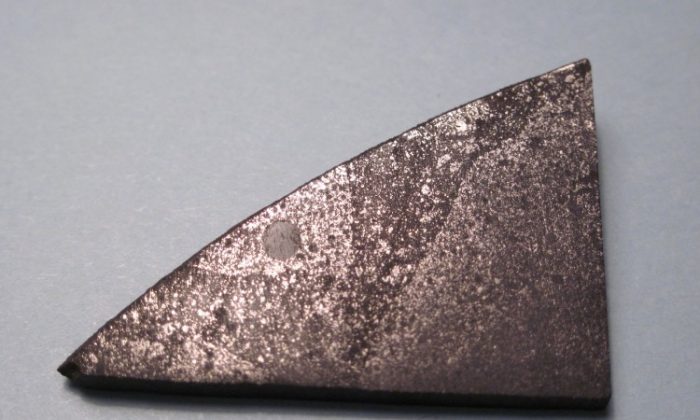 Australian researchers have figured out how, although our early solar system was a cold cloud of interstellar gas, the molten components at the heart of meteorites could still form.

Chondrules are tiny spherical particles, measuring up to about 1 mm (0.04 inches) in diameter, found inside most primitive meteorites. They melted at over 1,000 degrees Celsius, despite being surrounded by cooler matter at only a few hundred degrees Celsius.

“Most of the solar system is cold, so it’s been unclear for decades what caused the chondrules to experience such extreme heat,” said study co-author Raquel Salmeron at The Australian National University in a press release.

“We believe that chondrules formed in jets of material ejected from flattened disks, called ‘protostellar disks,’ which encircle young stars.”

The planets in our solar system formed as these disks accreted. They look rather like the rings of dust and ice encircling Saturn.

During the formation of new stars, jets of matter escape from the disks, accelerated by magnetic winds.

“We show that as these jets shoot out of the disks, from about the Earth-sun distance away, the materials brought with them are heated to the point of melting,” Salmeron explained. “The heavier items in them then drop back into the disks, where they cool and re-form.”

Previously, meteorites were thought to form much closer to the sun.

“For decades it has been assumed that jets could only form chondrules through the heating of materials in the vicinity of the sun, followed by their transportation into protostellar disks,” Salmeron said.

The team’s new theory shows how some of the earliest materials in the cool early solar system could still reach melting point.

“It also explains the fairly uniform size of chondrules and provides a means for them to mix and combine with unheated material,” Salmeron concluded.

The findings were published in Nature Geoscience on March 30.