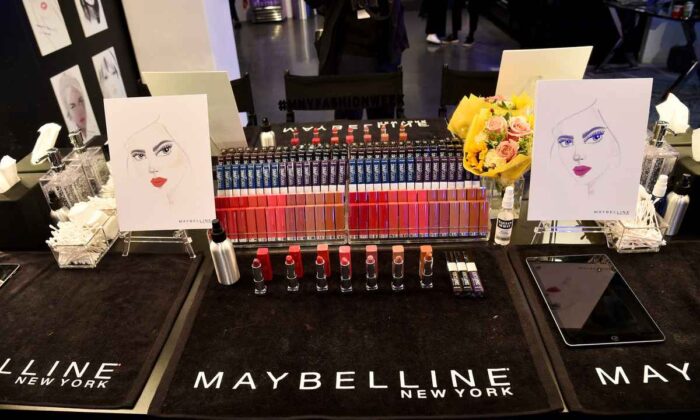 Maybelline, the old American makeup brand, is closing its outlets in China on a large scale.

According to mainland media reports, the makeup brand “Maybelline New York,” which belongs to the L’Oréal Group, is gradually closing offline shops across the country. After that, most offline shops will be closed, but counters in the beauty collection store Watsons will remain.

Furthermore, under the influence of China’s extreme epidemic prevention policies, many cosmetic giants have also been reported to withdraw from the Chinese market.

Maybelline New York stated in its announcement that, in order to adapt to changes in the market and consumer demand, the brand has been re-adjusting the number of traditional offline channels since 2020. In the future, the focus will shift to online selling.

As an old American makeup brand, Maybelline has a history of more than 100 years. In 1996, it was acquired by L’Oréal Group and officially became a brand of L’Oréal. In 2004, it changed its name to “Maybelline New York.”

In the 1990s, Maybelline entered the Chinese market and quickly gained popularity among its young people. Even though Maybelline is positioned as an affordable makeup brand, with strong support from the L’Oréal Group, it has ample funds for R&D and marketing.

On Little Red Book (social media and e-commerce platform in China), many netizens commented that Maybelline is cheaper than the big brands, but its quality is not inferior to theirs.

As an international makeup brand that entered the Chinese market in the early days, Maybelline expanded quickly. It has not only opened special counters in shopping malls, but has also entered a large number of supermarkets, and has maintained its leading position for a long time.

In 2018, Maybelline announced that it would gradually withdraw from hypermarket channels such as Walmart and Carrefour.

Many Cosmetics Giants will Close

Maybelline closed its outlets in China on a large scale, and the China state media attributed this to the “sales growth” of domestic brands. In fact, there is a wave of outlet closures for almost all foreign cosmetics companies in China.

Amorepacific, South Korea’s largest cosmetics brand, stated earlier this year that it has plans to reduce the number of Innisfree stores in China from 280 to half this number this year. Brands such as ETUDE HOUSE, Hera, and IOPE have also withdrawn from brick-and-mortar stores completely, and are undergoing massive restructuring.

Amorepacific stated on June 15 that its sales in North America in the first quarter of this year increased by 60 percent year-on-year. LG Household & Health Care, the second-ranked cosmetics brand in South Korea, also accelerated its capture of the North American market.

South Korean cosmetics have relied on the Chinese market for a long time. Amorepacific and LG H&H’s cosmetics sales in China account for about 70 percent and 50 percent of all overseas sales respectively.

However, in 2016, South Korea announced the deployment of the THAAD anti-missile system in the country in response to the North Korean threat. Communist China believes that this system will pose a threat to them, and has therefore taken multiple countermeasures against South Korea, resulting in rapid cooling of Sino-South Korean relations.

American make-up brand Benefit has already withdrawn offline counters on a large scale in 2021, shifting its focus to online and Sephora channels.

According to the “Securities Daily” report, KATE, a makeup brand owned by Japan’s Kao Group, was rumored to fade out of the Chinese market. Although KATE’s offline counter staff had revealed to the media that KATE was “not selling well” and “was going to be withdrawn from the counter,” Kao came forward to deny the news of KATE’s withdrawal from the Chinese market.

According to information compiled by CNBData, in addition to the above-mentioned Amorepacific, Kao Group, and L’Oréal, news about brands of big international Japan-based groups like Shiseido, Unilever, and Estée Lauder Companies, delisting and withdrawing from the Chinese market has also been reported.