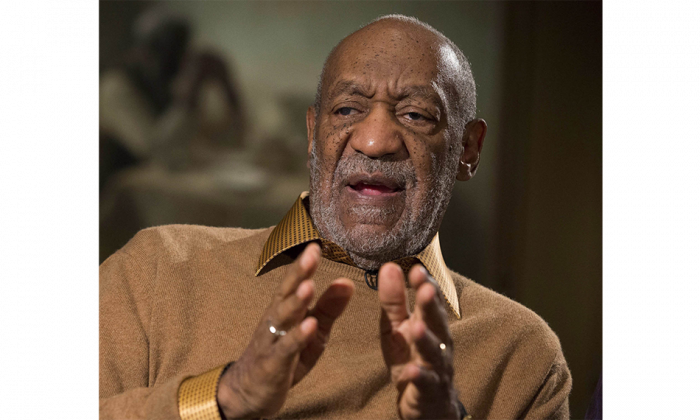 Fans will get 'show of their life,' says comedian
By The Canadian Press
biggersmaller
Print

KITCHENER, Ont.—Bill Cosby was set to stare down local opposition as he prepared to perform in Kitchener, Ont., Wednesday night, kicking off the first of three Ontario shows amid brewing tensions and mounting allegations of sexual assault.

The controversy-ridden comedian promised fans “the show of their life” ahead of his first time on stage since November, but a number of ticket holders announced plans to skip the performance, while others sought to sell their tickets ahead of the show.

In recent weeks, at least 15 women have accused the 77-year-old comedian of sexually assaulting them, with some allegations dating back decades.

Cosby, who starred as the congenial Dr. Cliff Huxtable on “The Cosby Show” from 1984 to 1992, has denied the allegations through his lawyer and has never been criminally charged in connection with any of the claims.

But the slew of allegations alone were enough to prompt a group of Kitchener residents to organize their own alternative event, set to run at the same time as Cosby’s show, which would raise funds for women’s centres that support victims of sexual assault.

“We chose to go the community route, raise some money, raise awareness, get conversations going,” said Melanie Baker, a co-organizer for the event which has been called Voices Carry.

“To Cosby, the message is we’ve heard, we see, this isn’t going away.”

Baker said those who’ve purchased tickets to Cosby’s show can gain free admission to the alternative event and noted that she expects a number of former fans of the comedian to come by.

The city’s mayor has also said he would attend.

Cosby has had to cancel or postpone at least 10 shows on his current world tour because of the growing number of women who claim he drugged and sexually assaulted them.

His agents, however, said his Canadian appearances were going ahead as planned.

In an ironic way, Baker said, Cosby’s determination to perform despite local opposition has helped shine the spotlight on the issue of sexual assault.

“As much as we would have loved it if his event got cancelled, having it go ahead, the story has got more and more attention …. and thus it keeps getting into the broader conversations about sexual assault, about domestic abuse, and all of those important issues,” she said.

Shirley Lichti, a longtime volunteer with the Sexual Assault Support Centre of Waterloo region, which will benefit from the event, said the community’s response is sending a positive signal to survivors of abuse.

“We’re not so much trying to send a message to Cosby as we are to our community that says women who’ve been sexually violated are not alone, we believe them, we’re here to help them,” she said.

“If you look at the media in 2014, sexual violence was in the news again and again and again … and for the first time the conversation got elevated to a point where people said it’s safe for me to tell someone that I’ve been abused.”

Besides a protest outside the venue where Cosby appeared Wednesday evening, Cosby is also scheduled to perform in London on Thursday and Hamilton on Friday and protests are planned in both cities.

The Canadian opposition caught the attention of U.S. attorney Gloria Allred, who has been working with women who have accused Cosby of sexual assault.

“We see some brave women’s rights leaders in Canada speaking out against Mr. Cosby, who is performing his show there tonight, tomorrow and Friday,” she said.

“Although we have never met these women, and have no contact with them, we are impressed by their protests and we are very grateful for their activism.”

Cosby’s public relations firm has asked those attending his shows to ignore any protesters.
Meanwhile, the Chicago-based promoter bringing Cosby’s shows to Ontario stated repeatedly in recent days that both it and the venues hosting the comedian have to meet their contractual obligations and would face “crippling legal obstacles” if they didn’t.

Innovation Arts and Entertainment has also emphasized that its employees “condemn physical violence in any form.”

“The fact that an artist is performing on stages at each of these venues is no endorsement, in any way, of behaviour of that artist,” the company said in a statement.

“We call on those organizing protest events, to publicly condemn violence, and to speak loudly in support of peaceful protest, and to respect the safety of all attendees.”